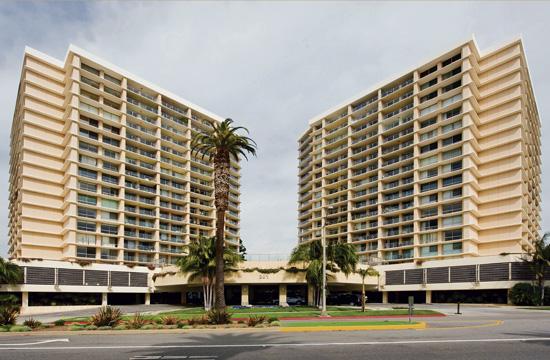 The owner of several units in the Ocean Towers residential complex near Palisades Park was given the green light to continue with his lawsuit against a real estate investment firm, a California appeals court ruled earlier this month.

Omar Spahi, who owns units in Ocean Towers near the intersection of Ocean Avenue and San Vicente Boulevard filed a lawsuit in 2010 against Isen Investments, Inc., alleging the firm had manipulated the market of his luxury apartments by defaming him.

A trial court reportedly dismissed the lawsuit. However, on March 17, a three-judge panel in the California Court of Appeals’ Second Appellate District reversed the trial court dismissal, allowing Spahi to move forward with his claim.

According to the appellate court’s ruling, Spahi believed representatives of Isen Investments attempted to “exploit” his financial difficulties to obtain his Ocean Tower units “at artificially depressed prices.”

Specifically, Spahi alleged Isen Investments informed prospective buyers and tenants both him and his family were “thieves, crooks and swindlers.”

Further, Spahi alleged the firm advertised he never returned the security deposits to anyone who rents one of his units, failed to pay the secured loans on each unit, was solicited by the banks as a “fraud,” and did not pay homeowner association fees. Also alleged: the firm stated the units owned by Spahi and his family were about to be auctioned off in bankruptcy court.

“According to the Spahis, the Isens intended to induce other parties, including prospective buyers and tenants, not to deal with the Spahis. Moreover, the Isens were aware of the harm to the Spahis that would result from the false statements and intended to cause such harm,” the appellate court ruling stated about Spahi’s lawsuit. “The Isens did not have a good faith belief their statements about the Spahis were true or accurate, but either knew the statements were false when made or willfully and wantonly disregarded the truth.”

As a result, Spahi claimed loss of rental income and an inability to sell one of his units for $2.2 million.

“The statements alleged by the Spahis certainly impugned their personal reputations with accusations of dishonesty and improper and illegal conduct such as withholding security deposits,” the panel of judges stated in their ruling.

“But those same statements also potentially disparaged the quality of the Spahis’ title to the Ocean Towers units and the nature of their leasing services, indicating the units were facing foreclosure or subject to assessments for unpaid homeowners association fees and suggesting tenants and prospective buyers would not be dealt with fairly by their landlord or would likely confront additional legal and financial issues when renting or purchasing the Spahis’ units,” the ruling continued.

According to the ruling, representatives of Isen Investments allegedly began defaming Spahi and conspiring to deflate the value of his real estate holdings after Spahi had filed for Chapter 11 bankruptcy protection in December 2009.

Ocean Towers is a 317-unit luxury cooperative apartment building high-rise located at 201 Ocean Avenue. It is one of the most prominent structures visible on the Pacific Coast Highway as southbound drivers enter Santa Monica from Pacific Palisades.

According to the building’s website, Spahi’s father, John, serves on the Ocean Towers board of directors as secretary.

The three-judge panel was made up of Court of Appeals Justices Dennis M. Perluss and Fred Woods as well as Los Angeles Superior Court Judge John L. Segal.