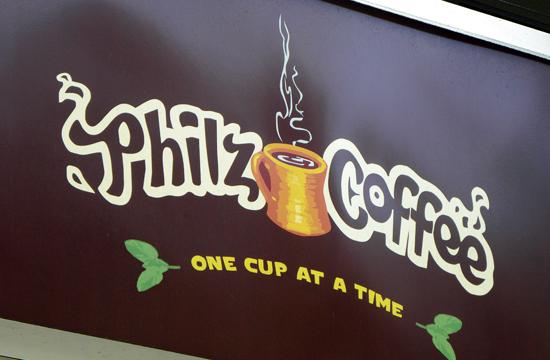 Seattle gave us Starbucks Coffee. A few Peet’s Coffee and Tea populate commercial properties throughout Southern California courtesy of Berkeley, CA. Be prepared for another coffeehouse from the north setting its sights on Santa Monica: Philz Coffee.

A date and location has not yet been announced. However, the company posted three job openings for the planned Santa Monica location, including assistant store manager, barista, and shift leader.

The company asks its potential employees if they are “ready to better peoples day with the best damn cup of coffee and wow’ing them with your killer service skillz.”

Up north, Philz Coffee has locations in Berkeley, Cupertino, Menlo Park, Palo Alto, San Francisco, San Jose, Sausalito, and South San Francisco. In all, there are 12 locations in the Bay Area; the Santa Monica location would be Pilz Coffee’s thirteenth store.

According to the company’s website, Philz Coffee’s founder created “more than 30 unique blends … (that were) flavorful, complex, rich, smooth and low in acidity.”

Philz Coffee markets itself as a personalized hand-poured coffeehouse catering to the specific tastes of its customers.

Originally a corner store at 24th and Folsom Streets in San Francisco, Philz Coffee claims to not be “your average coffee shop.”

On the Philz Coffee blog, the company announced it would soon be sharing the recipes of Jerry James Stone, who uses its coffee products in his creations.

A representative from Philz Coffee stated the company is not yet releasing information of where the Santa Monica store will be located or when it will open.

For more information about the job openings in Santa Monica, visit the Philz Coffee careers page on its website. The Philz Coffee website is at www.PhilzCoffee.com.