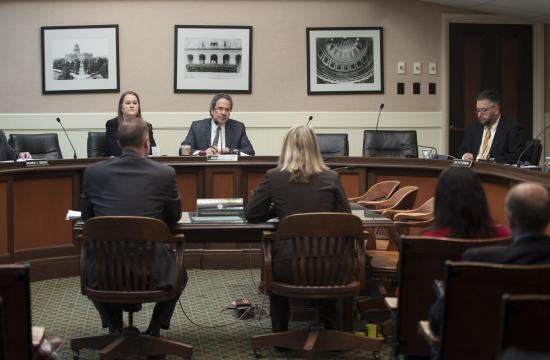 A $687.4 million package to help address California’s devastatingly dry conditions and to increase local water supplies to communities throughout the state is on its way to Governor Jerry Brown’s desk for approval.

The Budget Subcommittee adopted the plan on a 3-2 vote.

Bloom’s Chief of Staff Sean MacNeil said the legislature, SB 103 and SB 104, passed in both houses on Thursday.

The legislature will now head to Governor Jerry Brown’s desk. He is expected to sign the measures into law.

Bloom said California is experiencing one of the worst droughts since the state began keeping records more than 150 years ago.

“We must prepare as if these conditions will continue for the foreseeable future,” Bloom said. “Given the gravity of the situation, there is no more important action by the Legislature than accelerating these funds for projects and actions that will immediately address water supply, water storage, and water quality.”

Since July 1, Los Angeles has received just 1.2 inches of rain, 10 percent of normal.

During the period, San Francisco, traditionally a much wetter area of the state, received only 5.85 inches of rain, 35 percent of normal. And Sacramento went 42 consecutive days in December and January without rain. The Sierra snowpack was a frightening 12 percent of normal in late January, though recent snowfall in early February lifted that total to 23 percent of normal.

Bloom said the situation is so dire that some rural communities may run out of water supplies in the next 60 to 120 days.

“Absent significant rainfall and snowfall over the next few months, we all will have to make significant immediate lifestyle changes and ultimately cultural changes to ensure that there is sufficient water for farms, fish, wildlife, and communities,” Bloom said. “For those of us in more urban areas, this means local governments may ban landscape or lawn watering, impose mandatory water rationing, prohibit washing cars, or increase water rates.”

California’s $45 billion agricultural industry is in particular dire straits. Currently, 500,000 acres of farmland sit unplanted and if conditions don’t improve, that amount could double by next year.

Cattle ranchers are equally as impacted. This will translate into higher food prices, job losses in all sectors of the agricultural industry, and an increased demand for social services.