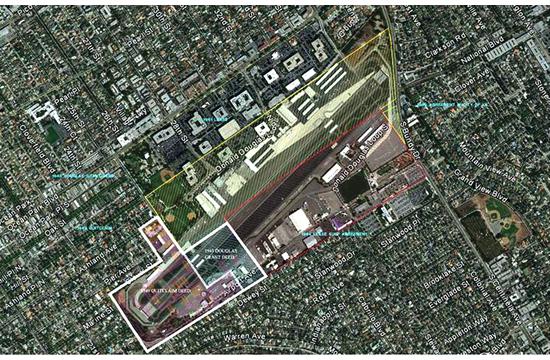 The year 2015 is around the corner, meaning it is almost high time for the City of Santa Monica to decide how to proceed with Santa Monica Airport (SMO). This Tuesday, the City Council will discuss the airport’s future at its meeting.

With about 15 months left on the clock until a 1984 agreement between City Hall and the Federal Aviation Administration (FAA) expires, the council could be putting the wheels in motion to take definitive action of whether SMO will continue to operate as is or be shut down in some capacity.

Yet with a recent federal decision disputing Santa Monica’s claim to ownership of airport property, neither City Hall nor the FAA appears to be any closer to an affirmative decision of how to move forward.

“For years, community members assumed that the City could close the Airport in 2015 when the 1984 agreement with the federal government will expire,” City staff stated in a report to council members. “However, it is now clear that legal disputes about the City’s authority to close the Airport will inevitably extend well beyond 2015, and their outcome is uncertain. Beyond the legal controversies, some level of environmental assessment would likely be required to close all or part of the Airport and that would take time.”

Though definitive action on the future of SMO may not come about by July 1, 2015 as previously advertised, City Hall hopes to use the potential extra time in coming to a resolution to its advantage.

“This time can be used to begin preparing potential work plans clarifying the scope of work that would be necessary,” City staff stated, adding it hopes the council will take advantage of the extra time to “begin formulating work plans related to possible closure.”

Accordingly, City staff and council members will discuss several SMO-themed topics this Tuesday, including the possible preparation of conceptual renderings of a smaller airport, determining whether to eliminate or place conditions on flight schools, exploring the limitation or elimination of fuel sales, and looking into how to either close SMO or reduce its adverse impacts.

City staff continued even if it were not obligated to keep SMO open until 2023, the federal government maintains the 1948 Instrument of Transfer requires Santa Monica “to operate the Airport in perpetuity.”

Should a federal judge determine the FAA grant agreements do not expire until 2023, SMO would remain open for at least nine more years – longer if issues pertaining to the Instrument of Transfer are not resolved within that time.

“If the FAA ultimately prevails in its argument that the Instrument of Transfer requires the City to operate the Airport in perpetuity, the City will not be able to unilaterally close the Airport,” City staff stated.

As to where the Santa Monica stands with SMO, City staff states the airport definitely must remain open for now since the 1994 grant conditions still have yet to expire and the 1984 Settlement Agreement continues through June 30, 2015.

“Definitive City action to close all or part of the Airport will very likely result in the FAA and likely also the aviation community instituting legal proceedings,” City staff stated. “The exact nature of their actions cannot be predicted with certainty and would likely depend on exactly what action the City took.”

The council will begin fleshing out the City’s options of SMO’s future next week. However, the discussion is just the tip of a massive iceberg as City staff predicts the legal fight over the airport’s future will take several years.