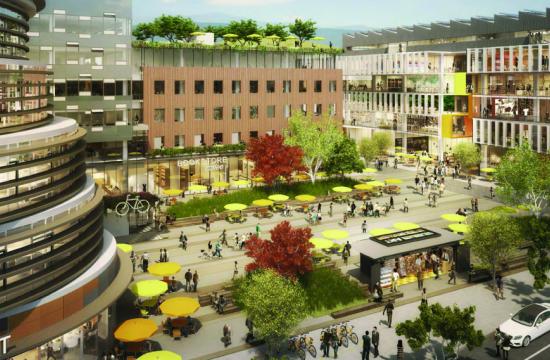 They have been accused in some corners as being the most vocal but not necessarily the loudest group, but a collection of Santa Monica activists, residents, and stakeholders who oppose the Bergamot Transit Village development proposed by Hines 26th Street LLC (Hines) have used every tool in the book to either prevent or reverse the project from ever seeing light of day.

One group – Residocracy.org – successfully engaged in a massive signature-gathering campaign to get a referendum on the ballot later this year, hoping a majority of Santa Monica voters will reverse the Hines development agreement (DA) the City Council narrowly approved in February.

Another group – the Santa Monica Coalition for a Livable City, or SMCLC – filed a lawsuit in Los Angeles Superior Court against Hines and the City of Santa Monica, seeking an injunction to prevent the Bergamot Transit Village from being built.

The lawsuit was filed March 10, one day before Armen Melkonians of Residocracy.org submitted more than 13,000 signatures to City Hall in order to have a referendum placed on the ballot.

“Residents were forced to sue because the City didn’t do its job,” SMCLC co-chair Diana Gordon stated after the lawsuit was filed. “The City got steamrolled by Hines from the beginning, and ignored the public outcry from a united coalition of residents and community groups that the project being proposed was too massive and would generate unbearable traffic in an already gridlocked area.”

Opponents of the Hines DA and Bergamot Transit Village project, such as SMCLC, contend there are “fundamental flaws” with the development’s Environmental Impact Report (EIR). It is also argued the project will add more than 7,000 additional new daily car trips in the Bergamot Station area, where vehicle congestion already exists, in part, because of The Water Garden and other business parks near Olympic Boulevard and 26th Street.

In a 34-page lawsuit filed on behalf of SMCLC by Strumwasser and Woocher, the coalition argues City Hall failed to comply with the California Environmental Quality Act (CEQA) when it certified the EIR.

Specifically, the lawsuit stated the City of Santa Monica had an obligation under CEQA to review and disclose environmental impacts of and feasible alternatives to the project proposed by Hines prior to the Council’s voted on the DA last month.

“The EIR does not adequately analyze impacts of the [Bergamot Transit Village] Project on the environment, including, but not limited to, traffic, land use, water supply, population, greenhouse gases/climate change, or cumulative impacts,” the lawsuit states.

“As an example of the types of defects in the EIR’s analysis, the trip generation rate for traffic generated by office workers relies upon a square foot metric that allows for much larger office space per square foot than is presently provided in many workplaces, thereby understating the traffic generation of the project,” the allegation continues.

According to the lawsuit, City Hall and Hines are also accused of violating the Bergamot Area Plan as well as the Land Use and Circulation Element (LUCE).

For example, the lawsuit alleges the Bergamot Transit Village exceeds the mandatory development standards for height and floor-area-ratio (FAR) limitations as established in the Bergamot Area Plan.

SMCLC also claims in its suit the project’s affordable housing plan is inconsistent with the City’s goals as outlined in official planning documents and Santa Monica law.

The City Attorney’s Office stated it anticipated the CEQA challenge but cannot comment on the merits of the lawsuit.

A timeline of how the lawsuit will proceed remains up in the air.

“In this type of suit, the first thing we will need to do is prepare the administrative record. I believe we have 60 days to do that,” City Attorney Marsha Jones Moutrie told The Mirror. “So, nothing will happen in court for a while. We don’t know yet when the matter will be heard.”

The project proposes 498 units. Under City law, the DA must require Hines to set aside five percent of the residential units for those households earning 30 percent of the median income for the entire county.

Five percent of 498 units equal 24.9; the DA required Hines to provide 24 affordable housing units for those households earning 30 percent of the county median income. SMCLC contends Hines should be required to provide 25 such units.

The City Council approved Feb. 4 a slightly modified DA to allow Hines 26th Street LLC to bring a five-building commercial, creative, and residential space to the intersection of Olympic Boulevard and 26th Street.

Four of the seven council members voted in favor of the DA, which, unless overturned by a referendum or blocked by a judge, would potentially replace the old Papermate site with about 765,000 square feet of building.

The project’s five buildings would average 71 feet in height, with the tallest building reaching 81 feet, according to the final EIR.