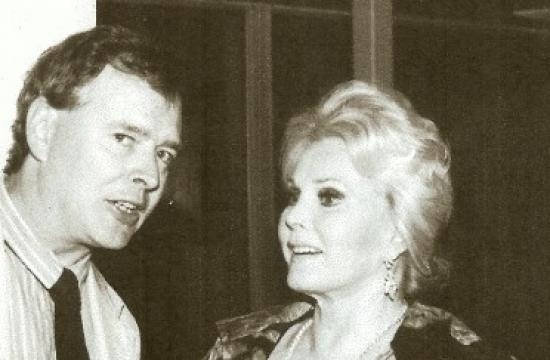 Blanchette a long-time Santa Monica resident who was born in Sudbury, Mass., passed away at UCLA Medical Center in Santa Monica after a brief battle with myelodysplastic syndrome (MDS), a form of Leukemia.

Blanchette had worked in the field of entertainment and corporate publicity for more than three decades.

For the past 15 years he had also wrote travel, wine, and food features for Copley and Creators news syndicates.

Film promotions include “Argo,” “Behind the Candelabra,” “Il Postino,” and “L.A. Confidential,” along with stints in the publicity offices of FOX TV, KCBS and New World Pictures. His charitable work included the Actors Fund, ChildHelp, Make a Wish Foundation, Love is Feeding Everyone, Leukemia Foundation, and StepUp on Second.

He was co-producing a television special on Napa Valley’s wine country hosted by Jean-Charles Boisset and Gina Gallo.

Blanchette began his career as an editor at Harvard University Press. He moved to San Francisco and edited the Sierra Club Bulletin for three years, before moving to Los Angeles to work in the entertainment industry.

Blanchette was a very kind and generous person with an outgoing personality. He loved meeting new people and drumming up a conversation with them on just about any subject. He was a commuting student to Boston College from Sudbury, Mass., for two years, in his red 1962 model 122 round-top Volvo.

He spent six years at Boston College, earning a master’s in English Literature, which led to a rather lengthy habit with academia, culminating with a masters in Anglo-Irish Studies at University/Trinity College, Dublin, Ireland, and a degree in college administration from Indiana University.

His family frequently referred to him as “The Professional Student.”