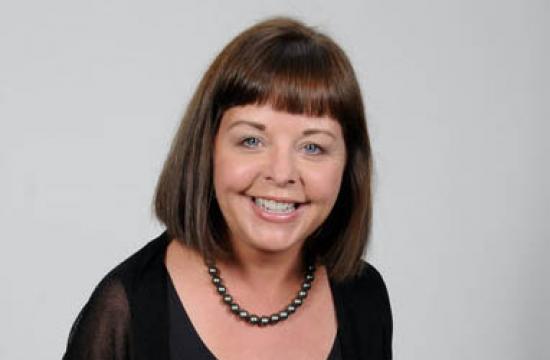 Are we too old for body piercing? I say no! And it’s not like a tattoo; if you don’t want to wear the piece of jewelry, or bone or ring or whatever you put in the area of you body that’s been pierced, you can just take it off when you don’t want it. Or put it back in if you do.

Ear piercing was the first thing I was exposed to; I got my ears pierced for my birthday one year. I think I was 10 years old. I had all these cute little ladybugs, flowers, tiny hanging hoops, and the pearl studs that my boyfriend Randy got for me.

All were hanging on a little earring ladder.

Later, in my 20s, I got a second piercing in my ears, since that was the cool thing to do at the time. I wore a pretty diamond chip in each of them. I still have them, but do not wear earrings in them any longer.

Only in the last 15-20 years have piercings been for 20-somethings. The roots of American body piercing, starting from the 1960s on, were primarily for people in their 30s and 40s. But it goes back much further than that.

According to research I conducted online, the first nose piercing was done in the Middle East approximately 4,000 years ago, gifted from a husband to his wife when they married. The size of the nose ring gifted denoted a family’s wealth.

The practice is still in place today in certain areas of the region.

Ears were first pierced for magical purposes. Many primitive tribes believed that demons could enter the body through the ear, and ear piercing could prevent it from happening, because demons are supposed to be repelled by metal.

In September, 1994, Suzy Menkes of the New York Times said, “It’s easy to pinpoint the moment when body piercing went mainstream. Supermodel Christy Turlington came out at a London fashion show and in the middle of her navel was a ring!”

Piercings have come a long way since then. You can pierce almost anything on your body – more popular piercings I have heard about are on the navel, nose, lip, eyebrow, tongue, nipple, and genital area (I’m turning red!) I am sure there other areas that I don’t even know about.

I would love a tiny gold ring in my pierced navel, but my navel and the area around it needs to lose a little bulk before I venture into that area. But with the right tummy, it’s very sexy. I’m working on it.

The nose area is also really pretty. My friend, who’s over 60 years old, has a dainty miniature jewel on the side of her nostril. It’s really cool. Maybe I’ll do that when I officially qualify to be a senior citizen! I can use one of the diamond chips from the second set of holes in my ears. If I lose it, I’ll have a second one to replace it!

The piercings that I don’t think are sophisticated enough for women over a certain age are lip, eyebrow, tongue, nipple and genital areas. I can’t imagine getting my lip pierced – it would ruin the contour of my lipstick! I might get food stuck in it as well. No, that’s not for me.

Eyebrows are out as well. I take a lot of time to make sure my eyebrows are properly groomed, and having an earring in the middle of an eyebrow is weird to me. Throws off the balance of the eyebrows. Why there?

Talk about trying to eat, drink or talk, how about that tongue piercing? I know what it could be used for, but I eat, drink and talk more than I would actually make use of it for sexual activity. Call me a prude!

Speaking of prudes, I would also decline nipple or genital piercings. Not only do I think it would really hurt, I think it’s kind of trashy. But some of us love that kind of trashy. If you’re into that, go for it!