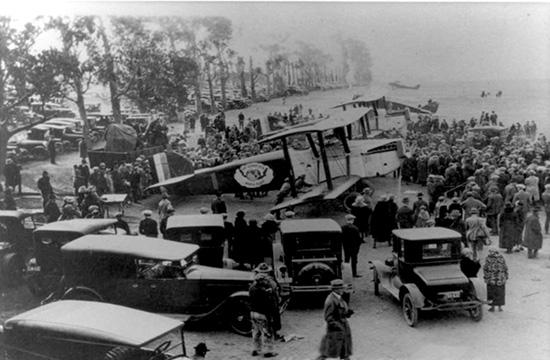 At the Santa Monica Council Meeting on Tuesday, council members unanimously signaled its intent to direct the closing of Santa Monica Airport (SMO) and to work to protect neighbors from noise and pollution impacts until SMO can be closed.

Councilmen Kevin McKeown and Tony Vazquez moved the City staff recommendation with modifications including an offer to the FAA to repay the grant to extinguish any lingering grant obligations.

During the public comment at the Council meeting assertions had been made that the City was closing SMO so they could build “Century City West.” McKeown called the statement a “canard.” And the McKeown/Vazquez motion directed that concept plans and zoning focus on low intensity uses.

The City anticipates that the decision and design process will be a public visioning process and the language of adopted motion states, “Continue to receive and assess community input of preferences and possibilities for the potential future use of the land.”

It was an hours long meeting with many speakers. Speakers from the organization Airport2Park saw this as a once in a century opportunity and called for using Airport lands for parks that serve all.

People representing neighborhood organizations called for the closure of the airport due to noise and pollution and public health concerns.

Pilots and pilot organizations, aviation related businesses, and many Santa Monica residents spoke of the importance of the Airport to the City, to the fact that the Airport provided emergency medical transportation for patients in need, that it was an important alternative for receiving help and supplies in case of earthquake. They also presented information on new technology and innovations that would make the airport quieter and would reduce pollution and health hazards. Other people spoke of the educational and inspirational importance of the Airport to young people.

The history of SMO is one of excitement and adventure, of the golden days of aviation. The Wright Brothers first flight, in North Carolina, was on Dec.17, 1903. By 1917, even before it was an airport, WWI biplanes used the Santa Monica field as an informal landing strip.

Donald Douglas formed the Douglas Aircraft Company in 1920 and produced military and civilian aircraft. It 1923 the site was dedicated as Clover Field by the Army Air Corps, named after the WWI pilot Lt. Greayer Clover, who was killed in action in the war.

Portions of the existing property were purchased by the City with monies from a Park Bond measure in 1926. After that the Council changed the name to Santa Monica Airport (SMO).

In 1929 SMO got the attention of the whole country and the international aviation community with the race of woman aviators from SMO to Cleveland. Among the aviators flying in that race were Amelia Earhart and Pancho Barnes.

During WWII Douglas was a major defense contractor with 44,000 workers. The plant had three shifts, seven days a week. Sunset Park and other neighborhoods in Santa Monica were built to provide housing for the new workers.

It was also during that period that the Federal Government became involved with SMO to protect the war effort.

The first City/Federal Government Grant Agreement was signed in1941. In 1948, with the War over, the City resumed operation of the Airport.

It wasn’t until the 1960s that the first civilian jets arrived at SMO. Neighboring residents, infuriated by noise and pollution sued the City and the City adopted a series of regulations to respond to resident concerns.

Airport controversy continued and by 1974 the City had established the “Airport Neighbors Forum.” Based on the Forum’s recommendations the City adopted ordinances designed to protect the neighborhoods from noise and other impacts.

With continuing controversy and after additional litigation the City entered into the Santa Monica Airport Agreement (1984) obligating the City to operate the Airport through 2015. That agreement recognized the City’s authority to mitigate aircraft impacts through noise limits, curfews, a helicopter ban, and pattern flying restrictions.

The City Staff report states: “For years, community members assumed that the City could close the Airport in 2015 when the 1984 agreement with the federal government will expire.

“However it is now clear that legal disputes about the City’s authority to close the Airport will inevitably extend well beyond 2015, and their outcome is uncertain. And, beyond the legal controversies, some level of environmental assessment would likely be required to close all or part of the Airport and that would take time.”

Looking at the bigger picture of aviation, the one that affects everyone, not just Santa Monica, all of aviation has changed.

Gone are the romance and adventure and exhilaration of flying. Once Americans put on their best clothes and sat in comfortable seats on airplanes where all passengers were ‘first class.’ On long flights ‘real food’ was served on china plates. There were no security lines and family and friends walked with travelers across the tarmac and waved good-bye as people boarded the plane. Now we only know about those days from old movies.

SMO was wonderful for Santa Monica. It helped to grow the City. It provided employment, revenue, innovation, and civic pride.

The Santa Monica of today is still a place of innovation and creativity and civic pride. The challenges before us now are different. The challenges are ones of sustainability and stewardship and protection of the environment.

The questions now are how to continue the ethos of innovation and creativity and be the protectors and stewards of sustainability and the environment.

That process, the visioning of the future of the airport lands, needs to meet the criteria of environmental stewardship, public protection and creativity and innovation. Imagine an inclusive process, one inviting everyone to the table and searching for ways to come to agreement on how to use this unique public land for the benefit of all Santa Monica.