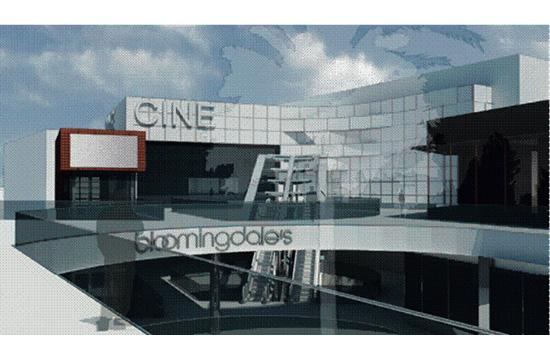 An iPic movie theater is almost complete in Westwood, yet Santa Monica has not seen a new cinema house built within its borders since the 1980s, let alone serve as home to a trendy multiplex brand such as iPic or ArcLight Cinemas.

Months after AMC backed out of building a brand new movie theater near the Third Street Promenade, Santa Monica might actually end its run of no new cinema houses built in town in more than a generation with not one but two new ArcLight complexes coming to the downtown area.

The Santa Monica City Council will consider two action items at its Tuesday meeting with respect to ArcLight coming to town. One proposal is a development agreement (DA) to build a multi-screen movie theater operated by ArcLight on the third level of Santa Monica Place.

A second proposal seeks to have City Hall enter into an exclusive negotiating agreement (ENA) to bring another ArcLight theater to a City-owned property at 1320 Fourth Street.

If the council approves both proposals, the ArcLight team could bring as many as 29 screens and up to 4,200 seats to the downtown Santa Monica area.

The proposed ArcLight Cinemas at Santa Monica Place would be built in a vacant space on the third level of the Bloomingdale’s building and boast 10 to 13 movie auditoriums. Its capacity would be about 1,500.

According to the City staff report, the height of the Bloomingdale’s building would be increased from its current 56 feet to somewhere between 78 and 84 feet. However, no additional floor area is proposed for Santa Monica Place’s ArcLight, City staff stated.

Proposed community benefits for the Santa Monica Place chapter of ArcLight Cinemas include funding for Esplanade development and downtown wayfinding, having three screens made available for the American Film Market (AFM), ensuring local hiring provisions for concessions and theater operations, and providing for a Transportation Demand Management (TDM) program and sustainable design.

The Planning Commission recommended the ArcLight project at Santa Monica Place move forward to the council.

Over at 1320 Fourth Street, the council would not be approving a DA but instead allowing City staff to enter into negotiations ArcLight Cinemas and Macerich to bring a second ArcLight a short distance from Santa Monica Place.

If approved and ultimately built, the second ArcLight Cinemas on Fourth Street would be a pedestrian-oriented movie theater with street level access. Not exceeding the 84-foot height limit, the ArcLight at 1320 Fourth Street would feature more auditoriums and seats than the sister site at Santa Monica Place.

If council members approve the ENA, City staff would enter into an exclusive negotiation period with ArcLight Cinemas and Macerich to come to terms and conditions of a ground lease.

“The ENA would establish a schedule of performance for the project team to develop a conceptual design, solicit community input, seek Council approval of design concept plans, negotiate terms for a development agreement, and complete environmental review of the project,” City staff stated.

Construction on the Fourth Street ArcLight could begin either in 2016 or 2017, depending upon council approvals and the entitlements process.

City staff pointed out movie-going attendance has dropped about 55 percent between the 1990s and 2012, compared to just 11 percent during the same period nationwide.

The declined continued from 2012 into 2013, when the closure of the Criterion Theater in March 2013 led to a 12.5 percent drop in movie-going attendance.

“With a full calendar year closure of the Criterion Theater, a further decline in local attendance is expected in 2014,” City staff stated.

The reported sharp decline in movie-going attendance is why City Hall is proposing having two ArcLight Cinemas built in downtown Santa Monica.

“While a new cinema has been proposed for the third floor of Santa Monica Place, such development, even if approved and built, would not satisfy even a portion of the demand for contemporary cinema experiences in the Downtown and in Santa Monica generally,” City staff stated.

Additional details as well as council and public commentary of both ArcLight proposals will be covered in the next issue of The Mirror.