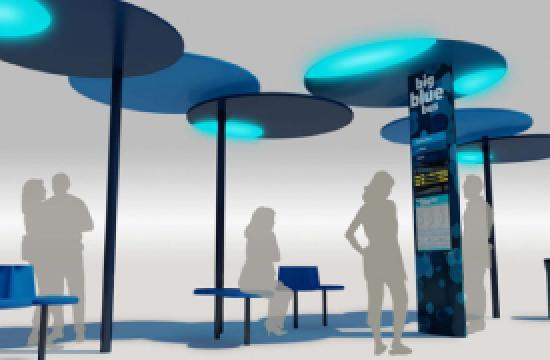 During construction, plan to board and alight at the stop before or after the temporarily closed location.

— At Pico heading toward downtown Santa Monica; board instead at Main and Bay or 2nd and Broadway

— At Ashland heading toward Venice; board instead at Main and Hill or Marine

— At Ocean Park heading toward Venice; board instead at Main and Hollister or Hill

— At Lincoln heading toward downtown Santa Monica; board instead at Santa Monica Blvd and 11th or 6th

— At 20th in both directions; board instead at Wilshire and 18th or 22nd

— At Lincoln in both directions; board instead at Wilshire and 11th or 6th

— Along Wilshire: 26th and Berkeley, in both directions

BBB said it expects to officially reopen the first group of stops it closed on March 31 late next week.

The locations include the following in both directions: Lincoln at Ashland; Main at Hollister; and Main at Marine.

“We have already installed the information kiosks at these locations and will install the seats and trash cans next week,” BBB said. “We will send notifications via email and social media to announce this big news.”