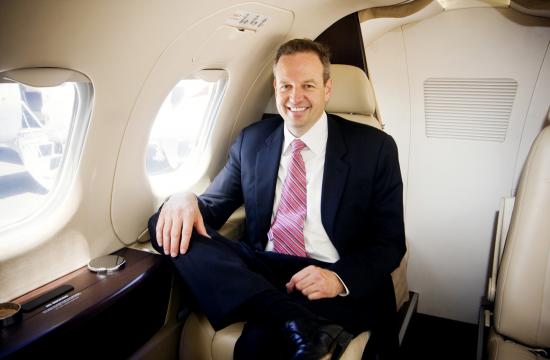 I first visited Santa Monica Airport (SMO) in 1964 when I moved to Santa Monica Canyon from Philadelphia. Coming from an “Aviation family” – father was Vice-president of Kellett Aircraft, North Wales, PA and older brother a 747 pilot with PAN AM, my interest in SMO’s future is genuine.

The future of Santa Monica Airport is once again in the headlines. The Santa Monica City Council voted 6 to 0 to study options for the airport which include a possible downsizing and even closure.

What sets the company apart from other light jet charter operators is lower cost and more efficient operations.

JetSuite provides service to more than 2000 airports in Canada, Mexico, U.S. and the Caribbean, and is the first private aviation company in history to guarantee an online quote.

A major concern of Santa Monica residents living near SMO is jet noise.

Jet Suite’s Phenom 100s are quieter than most light jets.

Wilcox refers to the aircraft as a “town car of the skies.” Jet Suite has received the ARGUS Platinum Rating for Safety and the company’s pilots are trained to a higher safety standard.

In a recent interview Alex Wilcox discussed the current situation at SMO and the service JetSuite provides.

Tony Morris: Are you following developments regarding the Santa Monica City Council’s lawsuit against the FAA?

Alex Wilcox: We are monitoring the situation to ensure we remain in compliance. Residents should be aware that JetSuite flies the lightest and quietest jets that operate at SMO. The Phenom 100s, are Stage 4 compliant and probably inaudible to the majority of Santa Monica residents.

Tony Morris: With the 1000 mile range of the Phenom 100 which destination airports are the most popular with JetSuite customers departing SMO?

Alex Wilcox: We see quite a range of travel out of SMO. Weekday travel tends to vary as it is often for business (for example OAK, LAS, DAL) Friday through Sunday travel is more often for pleasure (for example SDL, TRK, PGA, JAC).

Tony Morris: Does JetSuite serve a large number of Executives in the Entertainment Industry?

Alex Wilcox: Yes, and given that many of them live near the beach, SMO is a frequent departure airport for them.

Tony Morris: Are you finding that your customers chose to fly JetSuite to and from SMO to avoid travel to and from LAX?

Alex Wilcos: Yes, our clients enjoy avoiding the 405 drive to LAX, whether its from their homes in Pacific Palisades or office in Century City. Airport fees at SMO are a bit less then at LAX which can make a difference in the departure airport. (Airport fees can be seen when running a guaranteed quote on JetSuite.com; displaying these helps us maintain transparency and sets us apart from our competitors).

Tony Morris: Are you optimistic about JetSuite’s growth? What are some of the reasons?

Alex Wilcox: We are very optimistic, we have doubled our business every year for four years running and we expect to continue to grow near that rate because of our unbeatable combination of high quality, low cost service, and by far the best value in national branded jet charter.

Santa Monica Airport’s businesses generate revenue in excess of $240 million for Santa Monica. SMO is an historic airport once home to Douglas Aircraft where thousands of DC-3s were manufactured.