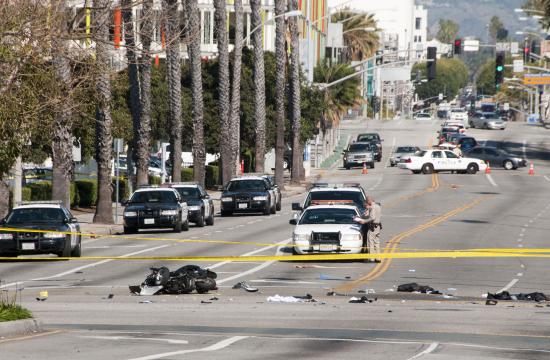 A 28-year-old man on a 2013 scooter was killed Saturday morning after a collision with a Santa Monica Police Department Cruiser.

The man on the scooter was headed east on Pico and the officer was in a patrol vehicle traveling north on Fourth Street.

The collision happened at 7:40 am at the intersection of Pico Boulevard and Fourth Street.

The man was pronounced dead at a hospital while the officer suffered moderate injuries and also was taken to a hospital for treatment.