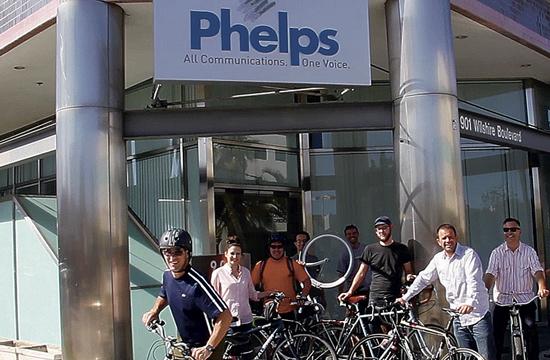 The 2014 Awardees will be honored during a special luncheon presentation scheduled for Wednesday, April 30 at the Le Meridien Delfina Hotel in Santa Monica.

Each year, the SQAs recognize Santa Monica businesses that have successfully incorporated sustainable practices into their operations.

The SQAs are intended to educate and inspire local businesses to adopt sustainable practices and support Santa Monica as a sustainable community. The SQAs has recognized more than 125 businesses since the program launched in 1995.

Dr. Crooke is also a Professor of Strategy, and Founding Faculty of the SEER Program at Pepperdine University and Navy Seal.

Attendees will also enjoy a special networking hour with “Sustainable Bites” prepared by Santa Monica’s celebrated chefs from local favorites including Chef Ray Garcia of Fig at the Fairmont Miramar Hotel, Hannah An of Tiato & An Catering, Ebru Caplan of Bru’s Wiffle, Chef Nick Shipp of Upper West, and culinary students from The Art Institute of California/International Culinary School.

A networking hour will be followed by a delicious sustainable seafood luncheon served with desserts provided by Fred Deni of Back on the Beach/Back on Broadway Café.

As one of this year’s two SQA Grand Prize winners, Phelps CEO Joe Phelps said he and his marketing communications company were thrilled to be recognized by the City and the Chamber of Commerce.

“We think that anything we can do to raise awareness of the importance of long-term thinking is worthwhile,” Phelps said.

Part of that long-term thinking was Phelps’ solar panel project for its 22,500 building in 2006, which is located at 901 Wilshire Boulevard.

“I’m in it for the long run,” Phelps said. “If it starts generating free electricity for us after nine years, it seems like a darn good deal. I think these Mitsubishi panels have a 25 year life.”

Phelps said the solar panels had cut the company’s power consumption by a third, but cut his power bill by more than half.

“There are different tiers: the more power you use, the more expensive it is per a kilowatt per an hour,” he said. “There’s tier one, tier two, and tier three. If you can get rid of tier three, your bill goes down faster than the percentage of consumption.”

Not all sustainability decisions are such big budget initiatives.

“People really took pride in that,” he said.

“We’re also comfortable with people telecommuting when it makes sense,” he said.

Chaker said he would use his allotted time at the April 30 awards ceremony to speak about where his sustainability efforts first started and connect the topic to a variety of issues that are near and dear to his heart.

“The first thing we ever did here was to start recycling,” Chaker said. “This was about 10 years ago at the beginning when the city first started to do this. We started recycling immediately at all of our locations. At that time, we weren’t composting, but we were collecting all the recyclable items in two different types of trash cans outside. We segued inside and then ultimately we started composting plus recycling all of our oils that we use for cooking.”

Like Phelps, Chaker changed to energy efficient light bulbs and installed automatic off switches that are movement sensitive in bathrooms and other locations.

Chaker said he was now making inroads to install solar and wind devices on the several buildings along the beach that house his cafes.

“That’s our next endeavor, which is a major step,” he said. “We have made all the initial enquiries with the city and some of the people that help determine what needs to be done. This is a logical next step for us.”

• Perry’s at the Beach

• The Digital Difference –  Stewardship of the Environment

• The Santa Monica Museum of Art –  Stewardship of the Environment