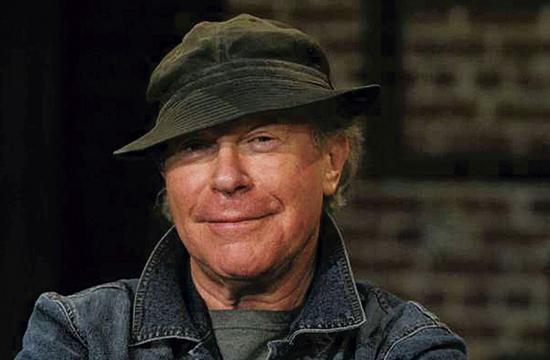 The life stories and backgrounds of artistic creators will naturally infiltrate their work. Henry Jaglom, a legendary experienced director and filmmaker who has lived in Santa Monica for more than 30 years, serves as no exception.

It is clear from his long list of accredited movies that most of his films center on the theme of womanhood.

Jaglom aims to portray life experiences with a focus on the female perspective. It is apparent that most media is reflective of some of its patriarchal societal roots and tends to utilize a male gaze, with little room for women to be able to resonate and relate with some of the characters on the big screen.

“I grew up with a lot of women around me,” Jaglom said.

His respect for women shows through all of his works.

He accredits an “incredible mother” as one of his motivations for his movie plot lines, as well as his newlywed Tanna Frederick, who he endearingly refers to as “his muse.”

Jaglom’s wife has starred in a number of his movies because of her versatile abilities as an actress.

One of Jaglom’s career missions is not one of the typical Hollywood director.

He noted that sometimes women can feel alone or detached when watching movies due to the lack of connection in several mainstream films.

His work is commendable, as Jaglom is unafraid to delve into the nitty gritty of human problems and present them to an audience in an accessible, relatable manner.

Jaglom’s upcoming film, “The M Word,” which will be in theaters April 30, “is not just about menopause,” but is a film that a wide variety of audiences can learn from and relate to.

He creates a marriage between the seriousness of the human condition and a comedic approach.

“The M Word,” even with its more serious underlying implications, contains a solid amount of humor and is actually considered a comedy.

The breezy comedy is set in Santa Monica about a fictional local TV network in the midst of a takeover has great ensemble cast including Tanna Frederck, Michael Imperioli, Gregory Harrison and, Frances Fisher.

Jaglom’s ability to combine two unlike concepts only highlights his professional experience and artistic capabilities.

In fact, his dedication to his work and to his wife shows through one of his typical daily schedules.

He makes sure to spend time with his wife, and sneaks away to his work area when she falls asleep in order to spend the whole night writing, creating, and editing.

Currently, he is working on the post-production of “Ovation,” which will be his 20th film (with “The M Word” as his 19th).

Jaglom’s commitment through his movies is highlighted as he refers to his creations as his children.

“There is no way to choose a favorite one,” he said when asked if he had a personal preference out of the films he has directed.

Jaglom initially trained at the Actors Studio in New York and started out as an actor for Columbia Pictures, where at one point he was offered an editing job with Jack Nicholson on the film “Easy Rider,” which debuted in 1969.

The entailments of this job were not a foreign task to Jaglom, since he had directed in college and had always aimed one day to work as a director.

His long-time close friendship with Nicholson also allowed them both the opportunity to direct and act in each other’s movies later on. Jaglom also co-starred in some of his more personal films as well, allowing himself to practice both of his life passions: directing and acting.

“Henry Jaglom Volume 3: The Women’s Quartet” boasts four of his femininity-centered movies: “Eating” (1990), “Babyfever” (1994), “Going Shopping” (2007), and “Irene in Time” (2009). All of the films present female protagonists with some of the most talented actresses in the movie scene, including Jaglom’s wife. The DVD set was released on Tuesday, April 8.