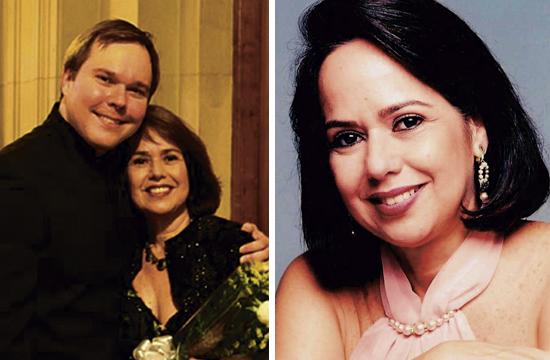 Music director Marcelo Lehninger will share the stage with his mother, Brazilian pianist Sonia Goulart, who is making her New West Symphony debut with three performances of the Piano Concerto No. 2 in F Minor for Piano & Orchestra, Opus 21 by Frédéric Chopin.

Goulart is regarded as one of Brazil’s greatest current artists. She has been awarded more than 30 national and international prizes, including the first TV Award in Frankfurt, Germany; the Rencontres Musicales Internationales Award in Brussels, Belgium; and the International Ferrucio Busoni Contest Prize in Bolzano, Italy.

Born in Salvador, State of Bahia, she began her studies in Rio de Janeiro, with Arlete Thedim Costa, and subsequently attended the National School of Music under the guidance of Elzira Amabile, where she graduated with a Gold Medal.

A highlight of the concert is set to be Ludwig van Beethoven’s Fifth Symphony – one of the most familiar and popular works in all classical music.

Its first four notes are unquestionably the most famous four notes ever written.

The Symphony was composed between 1804 and 1808, a time of intense creative activity for Beethoven.

During those four years he also composed the Piano Sonatas, Opus 53, 54 and 57; the Fourth Piano Concerto; the Fourth and Sixth Symphonies; the Violin Concerto; the first two versions of Fidelio; the Rasumovsky Quartets, Opus 59; Coriolan Overture; the Mass in C major, Opus 86; and the Cello Sonata No. 3, Opus 69.

The concert will also include the world premiere of Cosmic Dust by Russell Steinberg, written on a commission from the New West Symphony.

Select members of the Conejo Valley Youth Orchestra will join the New West Symphony in a side-by-side performance of the work.

The first performance will take place tonight, April 25 at 8 pm at the Oxnard Performing Arts Center, located at 800 Hobson Way in Oxnard.

Onn Sunday, the program will be held at 4 pm at Santa Monica’s Barnum Hall, located at 601 Pico Boulevard in Santa Monica.

The lively and informative “Hear & Now Live” pre-concert discussion about the music on the program begins at 7 pm on Friday and Saturday evenings and 3 pm on Sunday afternoon.

The programs are free and open to ticket holders for the respective performances.