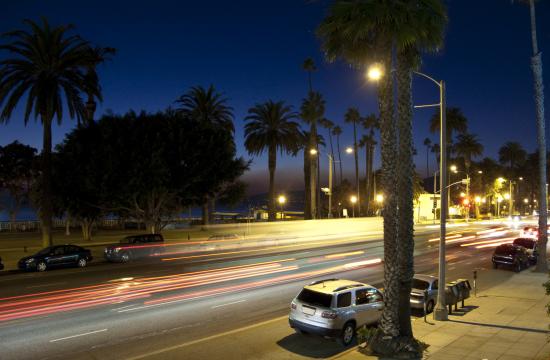 If you live in Santa Monica, a 15-minute phone call might not save you 15 percent or more on car insurance with one provider. Heck, you might not be able to generate even more saving in half the time as another provider promises. In fact, one report published this week stated pretty much anyone living in Santa Monica and driving a vehicle pays among the highest insurance rates in the State.

Only Inglewood, Los Angeles, and Glendale finished lower than Santa Monica among the 100 largest California cities.

WalletHub determined the insurance premium rates for the 100 largest cities based upon a “base case.”

The base case is a female driver with zero accidents and no traffic violations within the past five years. Her annual mileage is 16,000 miles and is 37 years of age. She lives in Oakley, CA, was licensed at age 21, is a single unemployed female, and drives a 2008 Honda Accord sedan with a four-cylinder engine.

Oddly, though she is unemployed, the base case drives 20 miles each way to work, five days per week.

While Santa Monica ranked fourth highest among the 100 largest cities in the State, the County of Los Angeles was home to the most expensive auto insurance premiums in California.

WalletHub released some other facts in its report. For example, a 16 year old pays 215 percent more for auto insurance than a 37 year old.

The more you drive, the more you pay. Specifically, driving 20,000 miles or more annually means you pay 32 percent more than someone who keeps his or her mileage less than 6,000 in a 12-month period.

Expect your auto insurance premiums to double if you are charged with driving at least 20 miles more than the posted speed limit.

Similarly, being involved with two auto collisions within two years could translate into a 140 percent jump in insurance rates.

Interestingly enough, men pay about 0.77 percent less than women do, on average, for auto insurance.

According to WalletHub’s report, there are about 22 million registered drivers in California, with more than 15,000 miles of highway within the State.

The California Highway Patrol reported 161,743 traffic collisions resulting in injury or fatality in 2011, translating into an accident or incident every 3 minutes and 15 seconds.

For the complete report, visit the WalletHub website at wallethub.com/edu/california-car-insurance-report/2782.