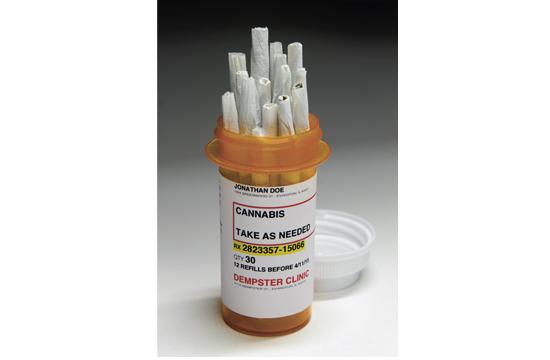 A medical marijuana bill on the State Senate floor did not gain the endorsement of the Santa Monica City Council, as four of the six council members – Kevin McKeown, Gleam Davis, Tony Vazquez, and Ted Winterer – present at Tuesday’s meeting voted for a motion against supporting Senate Bill 1262 (SB 1262), which, among other things, proposes to allow greater local control of regulating medical marijuana use.

Mayor Pam O’Connor and Mayor Pro Tem Terry O’Day both voted against the motion. It was made very clear during the April 22 meeting that the decision to not give support to SB 1262 did not mean Santa Monica’s City Council opposed the legislation.

Council member Bob Holbrook was not present at the meeting.

Instead, the voting majority believed supporting SB 1262 was “premature.”

“I have some concerns about the necessity, the relevance, and the wisdom of this measure,” Council member Kevin McKeown said. “I think in California, within a few years, we’re going to see the legalization of marijuana. I don’t want to put us on the wrong side of history here by focusing on the medical marijuana issue.”

Until that public discussion is held on the dais, Council member Ted Winterer said the time is not quite right to be deciding whether to support SB 1262.

“We haven’t had a public dialog and we won’t until the fall about this issue. Taking any sort of stance on this matter is premature,” Winterer said.

McKeown responded the local control element of SB 1262 is what makes the proposed legislation “unnecessary.”

“We don’t need a state law to say that we have the ability to say ‘no’ to medical marijuana dispensaries in our City. That’s already been determined by a court,” McKeown said.

McKeown tried to put his thoughts in perspective and explain the bigger picture of marijuana regulation in pointing out the council should not endorse SB 1262.

Specifically, he said the current state of marijuana regulation both in California and nationally resembles how the United States regulated alcohol in the early 20th Century.

“Bootlegging only became possible because of Prohibition,” McKeown said. “The way we’ve dealt with marijuana in this country is how this country attempted to deal with alcohol in the 30s. Guess what, folks? It didn’t work. There’s absolutely no reason why we as a society can’t responsibly control marijuana in a much better way. That’s the direction I’d like to see our City and our State go in.”

He added it does not make sense to be splitting hairs on medical marijuana legislation when, as McKeown predicts, the legalization of marijuana in California within the next few years would render the current discussion moot.

City staff added the CUA is part of Proposition 215, which decriminalized marijuana use for medical purposes in 1996.

Correa’s proposed law does not dictate the policy direction any city could take on medical marijuana. Accordingly, it is up to a city council to determine whether it should ban, permit with regulation, or place a moratorium upon medical marijuana dispensaries.

“The proposal is not a path towards legalization of marijuana,” City staff stated.

Instead, SB 1262, if enacted, would “unconditionally uphold local control.”

The law, if ultimately signed into law, would also gives cities the ability to impose tighter regulations upon doctors who issue medical marijuana recommendations and ensure strict preventative steps are taken to “prevent diversion and recreational use at all medical cannabis facilities.”

Finally, City staff stated SB 1262 also proposes to give cities the ability to “impose uniform health and safety standards as well as quality assurance standards” that would be administered at the county level; the State would also provide oversight of the imposed standards.

The agenda item was part of the council’s consent calendar.