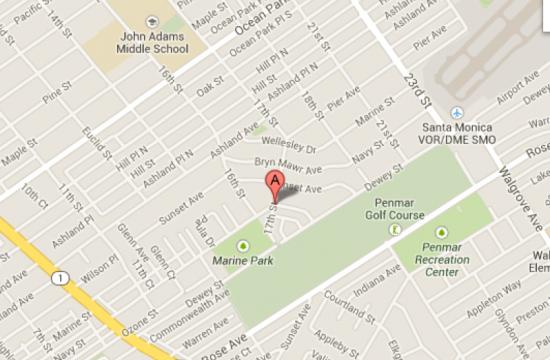 Santa Monica police are searching for the driver of an older model white Buick Regal or a Chevy Caprice involved in a hit-and-run accident involving a 20-year-old Santa Monica male skateboarder on Saturday night.

“The victim and a friend were riding their skateboards south down a hill in the southbound lane of traffic on 17th Street with the friend following the victim,” Moroso said. “According to the witness/friend, the victim skateboarder (went) through the stop sign for southbound traffic at Marine Street.”

Moroso said this friend estimated the victim’s speed at 20 mph as he went through the intersection.

“The suspect’s vehicle was seen driving through the intersection east on Marine Street at what was estimated at 15 mph,” Moroso said. “It is unknown if he stopped for the eastbound stop sign at Marine Street.”

Moroso said the suspect vehicle struck the victim while he was in the intersection and drove over his body.

The suspect stopped momentarily, but drove off without identifying himself/herself or rendering aid, Moroso said.

The victim, identified by KTLA as Ian Imes, sustained a broken vertebrae, a lung injury, and multiple scrapes, lacerations, and abrasions. He was taken to a local hospital for treatment.

Anyone with information was urged to contact Santa Monica Police Department at 310.395.9931.