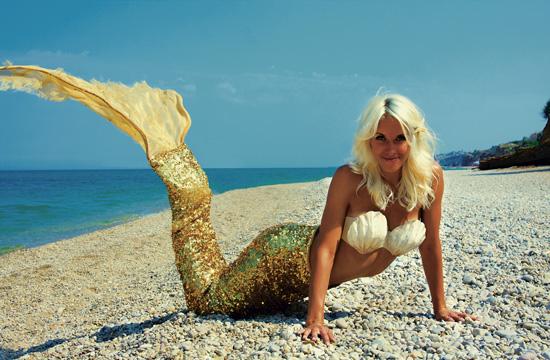 Following the introduction of wine and beer “Evenings” offerings at 26 of its outlets nationwide, coffee giant Starbucks has announced that three of its Santa Monica outlets will now feature female servers in “fitness-forward” outfits echoing their Mermaid logo art.

“I don’t give a hooter where people think we got this idea!” declared Starbucks western states spokesman Lester Decaff. “These will be intelligent, highly educated women. We’re not just adding a bunch of boobs to our stores. Wait, let me rephrase that…”

A statement from NOW spokesperson Sheila Angst claimed that Starbucks was “deep-sixing respect for women” and added that “the entire concept of “mermaid” servers is fishy and anti-aquarian.” Angst later corrected her statement, claiming she meant to say “antiquarian.”

The Mirror contacted several of the young women already hired by Starbucks to fill the mermaid server positions for comment.

One of those, identifying herself as cult film actress Sabrina Kurves stated, “I don’t see how this is much different than a lot of the movie work I do in the Valley. And on those sets, it’s always difficult to get a good cup of coffee.”