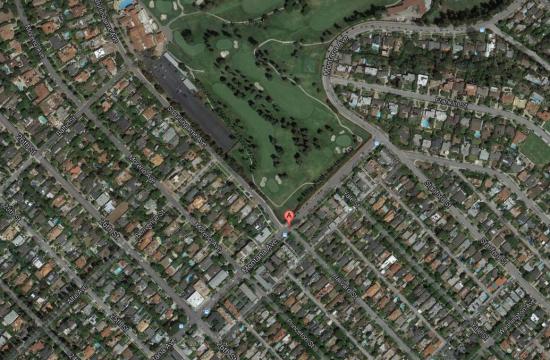 Three Los Angeles men were arrested in the early morning hours of Monday after being caught trying to steal copper wire from a handful of light poles in the 800 block of Harvard Street in Santa Monica.

A officer of the Santa Monica Police Department’s Crime Reduction Team was working in the area at about 2:15 am when he noticed that all of the lights on the block suddenly went out.

SMPD Sgt. Jay Moroso said the team member could see someone working, bent over the base of a light pole with his hands inside of the light pole box.

Moroso said the officer recognized this as a possible wire theft in progress.

Moroso said the officer radioed for back up and while waiting for other officers to arrive to assist him, he noticed that the suspect left the area for a minute and returned with two other accomplices.

“All three met at the light pole where the person had been seen with his hands inside of the light box,” Moroso said. “They looked around for a while and then walked away. Officers believe that they were walking away to cut wire from other light boxes and possibly to cut the power to the light poles on an adjacent street, where they would repeat the process.”

Moroso said at one point one of the suspects saw a marked police unit, parked in the area that had responded to the call.

“The suspect appeared to be startled at the sight of the police car in the area, threw a pair of wire cutters on the ground and started walking away from the area,” Moroso said. “The other two suspects also walked out of the area. Responding officers arrived and detained all three suspects.”

Moroso said keys to a nearby vehicle were found and tools used to burglarize the wire boxes were found inside the vehicle.

“A closer inspection of the light boxes on the poles on Harvard Street revealed that several other box covers were ajar as if the suspects were getting ready to cut the wires inside,” he said. “One of the suspects arrested had a prior arrest for stealing copper wire from a light pole in Santa Monica in the recent past.”

The trio were all charged grand theft, conspiracy to commit a crime, and possession of burglary tools.