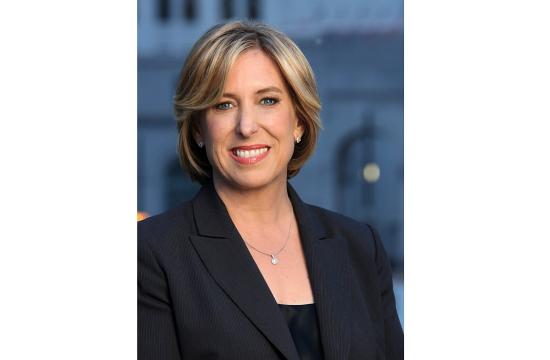 “Henry Waxman served the people of the 33rd Congressional District for 40 years. He changed the lives of individual people for the better and he changed the future of our country with his legislative work: the Clean Water Act, the Clean Air Act, the Affordable Care Act,” stated Wendy Greuel.

“When I learned the Congressman had decided not to run I took a deep breath and said to my husband, ‘I want to go to Congress to continue his legacy.’”

There are 18 candidates on the ballot for the Congressional seat. Here is why I think Greuel is the one to vote for in this very crowded field, with other candidates often sharing values and also having name recognition.

First, what are my criteria? I want a compassionate and caring person who believes, as Waxman did, that being a member of Congress is an opportunity to serve and protect the people of the District. I want a candidate I can rely on. One that will be effective once elected. And that means they have to be savvy in the ways of government and politics. It also means they know how to compromise and how to build consensus. They know when it’s a good idea to compromise and when compromising would be a betrayal of principle.

So what do we know about Greuel that lets us think she is the best candidate for the job?

Greuel is the only candidate running with demonstrated know-how in successfully maneuvering her way through the bureaucracy that is Washington, D.C.

During the Clinton Administration Greuel was tapped by Andrew Cuomo, the Secretary of HUD (Housing and Urban Development), to be the Deputy Director of the Inter-Agency Council on the Homeless and then to be the Regional Director for HUD.

Working in HUD she helped to develop a Homeless Policy that gave $75 million in grants to cities that worked in innovative ways to reduce homelessness and to create a continuum of care. Santa Monica was the fortunate recipient of some of this grant money.

With Greuel as the Regional Director, HUD gave the whopping sum of $1 billion to the Los Angeles area to help rebuild after the 1994 earthquake. Santa Monica was a recipient of part of those funds, as 5 percent of the City housing stock had been damaged in the earthquake.

When GLAD (Greater Los Angeles Facility on Deafness) was seeking funding for a renovation of their building, Greuel brought the grant decision makers from HUD to the facility and asked them to “look at what will happen if you can’t find a way to give them the grant.” Because she was able to bring them together and show the impact of their decision, GLAD received the grant.

DreamWorks Studio then recruited Greuel from HUD to work for them on philanthropic and political issues.

“DreamWorks was a company that wanted to use its power in a way that would make a difference,” said Greuel.

Greuel has demonstrated abilities as a legislator and a good government advocate, first, early in her career, working for L.A. Mayor Tom Bradley, and later, as both a Los Angeles Council Member and as Los Angeles City Controller.

In her early years in government, as an assistant to Mayor Bradley, Greuel was instrumental in securing a vacant building at the Veteran’s Administration for use by homeless Vets. It seems an obvious idea, but it didn’t come easy.

When the insurance company threatened cancelling the insurance of the Gay and Lesbian Center at the beginning of the AIDS crisis, the Head of the Center, Tori Osborne, called for help.

Wendy was there to speak on behalf of the Center and to propose a course of action to Mayor Bradley. Bradley then called the insurance company. The insurance was reinstated.

Concerned that the Department of Water and Power wasn’t effectively supporting renewal energy, she instituted an energy audit on their renewable energy portfolio.

Greuel grew up in the San Fernando Valley and went to college at UCLA, studying psychology and economics and political science. She found her introduction to political work when looking for a summer job. There was a listing for a position in the Office of the Los Angeles City Representative in Washington, D.C. She applied and was accepted.

“I was the guide for Los Angles Council members when they came to D.C.,” she said. “Part of my job, because I was low on the totem pole, was to pick Council Members up at the airport. I thought it was great because it gave me a chance to talk with elected officials. It was an inspiration for me.”

Talking about the Congresswoman she wants to be, Greuel said, “There will never be another Henry Waxman but I promise to be a fighter and a doer. I’m going to fight to protect the environment and to address climate change. I’m going to make sure we protect our beaches and our mountains. I will work to reintroduce the Waxman Markey Cap and Trade Bill. I will work to set a national carbon goal for the Country.

“I will speak out on women’s rights, education, on civil rights, on LGBT rights. I will protect seniors. I will stand up for Medicare and Social Security. I will work to pass immigration reform. I will never give up on my principles,” she said.

“I will work to build consensus. I so admire the women leaders in the Congress who came together to end the government shutdown and I look forward to working with them.

“We knew Congressman Waxman had it in his gut to do the right thing. We knew we could rely on him to stand up for people, stand against the special interests.

“You can rely on me. I will see the big picture and I will be there for the people of the District.”

For all these reasons I think Wendy Greuel has earned our trust and our vote.