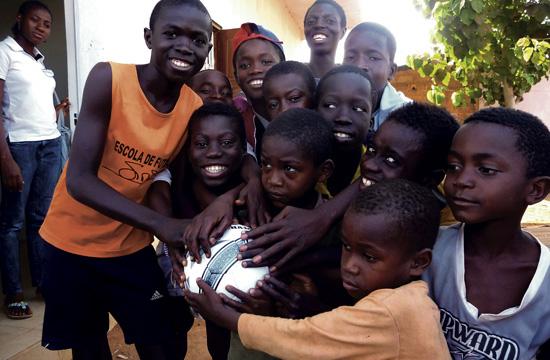 It would be an understatement to say that the health care demands in Africa left a lasting impression on Dr. Robert Hamilton.

For 16 years, he and his volunteer organization, Lighthouse Medical Missions, have been traveling to Africa in order to provide sufficient health care to the thousands in need.

Though he was initially hesitant, Dr. Hamilton immediately “fell in love with Africa and its people” upon his first trip in 1998.

He and his organization have now gone on a total of 22 trips to various nations, including the Gambia, Sierra Leone, Liberia, Burkina Faso, Benin, Burundi, the Democratic Republic of Congo, and more.

In total, Dr. Hamilton has taken about 400 unique individuals to Africa, keeping in mind another long-term goal of “introducing people to Africa.” They typically take about two trips per year.

As a result, they have been able to provide care to an astonishing number of about 60,000 patients.

The services of Lighthouse Medical Mission take the form of a “short-term medical fair.” The care providers and volunteers open a type of convention center and treat acute illnesses as well as some chronic illnesses.

Those with conditions like hypertension, diabetes, malaria, and pneumonia can all be effectively treated. The desperate need for improved health care services is exemplified through the fact that such curable illnesses are regularly untreated and unnecessarily endured.

“Sometimes I come back and wonder if it was all a dream,” Dr. Hamilton said.

Thousands of people line up for hours in order to receive the services provided by Dr. Hamilton and his team, who try to meet other basic needs as well.

Among the provided tools include toothbrushes, toothpaste, hygiene kits, and prenatal vitamins for pregnant women. Also, thanks to the donations of the Croc company, hundreds of pairs of feet have been given shoes. Another organization based in the Pacific Palisades, Dollies Making a Difference, has graciously contributed to the distribution of dolls to the youth in Africa.

Lighthouse Medical Mission’s most recent trip last month brought along with it dangerous circumstances: ebola, a highly lethal virus, was channeled for the first time in an urban environment in Conakry, the capital of Guinea.

After suspected cases of ebola broke out in the Gambia, where Dr. Hamilton had opened up a clinic, it was decided that the situation became much too risky, especially for his team of volunteers. After two days of providing care, Dr. Hamilton “sadly and regrettably” made the decision to close the clinic, as a quarter of those who die from ebola are health care workers. However, he and his team were still able to take care of 1,500 people in a manner of a couple of days.

“We still feel like we have unfinished business,” Dr. Hamilton said. He and his team plan on returning to Africa to the nation of Guinea Bissau this fall.

As its centerpiece fundraising effort, Walk to Africa is largely what makes all of the organization’s philanthropic trips financially possible. Participants can choose between a two-, four-, or eight-mile walk beginning at Crescent Bay Park, just south of Shutters on the Beach Hotel.

The event is open to all ages and dog-friendly.

The walk will feature an upbeat, family-fun zone after the walk, with face painting, games, and other forms of entertainment.

Special guests like former Los Angeles mayor Richard Riordan and other dignitaries will also be present.

Tickets are $35 for adults, $30 for children, and $40 at the door. Online registration is available.