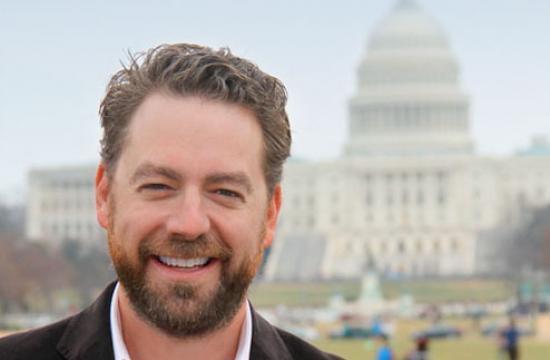 Independent candidate Brent Roske announced Thursday night he was dropping out of the race for the 33rd Congressional District.

The announcement was made at the Santa Monica headquarters of fellow independent candidate Marianne Williamson in front of a crowd of about 150 people.

“With it being a top two race, and the fact that I couldn’t get into the top two, it was more important to me to help an independent get into the house,” Roske said. “So the timing was right to endorse an independent candidate that I think can actually go all the way in November, so that’s why I did it.”

With Roske throwing his support behind Williamson, there is still a total of 16 campaigning candidates for the Westside district that’s being vacated by Henry Waxman.

Roske’s name will still be one of 18 names on the June 3 ballot. The only other candidate to drop out to date is James Graf. Graf decided early on to leave the race, but it was too late to remove his name from the ballot.

Williamson, who has reportedly raised about $1 million for her campaign, said in a statement she was honored by Brent’s endorsement.

“Like myself, Brent ran as an independent and believes we need more independent voices in Congress,” Williamson said in a statement. “With his support, and the support of thousands of others across the district, we can start a new conversation in Congress and help reclaim our democracy for the people of the United States.”

The top two candidates from the June 3 Primary Election, regardless of party affiliation, will go through to the Nov. 4 General Election.