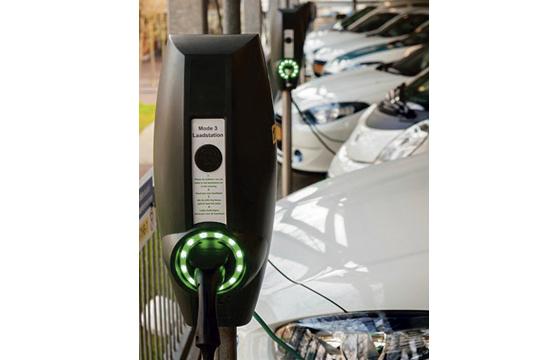 A bill in the State Assembly proposing allow renting tenants install electric vehicle charging stations in a leased parking space at their own expense has earned the unanimous support of the Santa Monica City Council on May 13.

“In our city of about 70 percent renters, it’s going to be very hard for us to achieve our sustainability goals, particularly with respect to electric vehicles, if renters cannot reliably know they can go home and plug in a plug-in vehicle,” McKeown said. “I’d be ready for a plug-in Prius if I had a plug. But I’m a renter, so I don’t.”

If ultimately approved, AB 2565 would allow a renter to purchase, install, and operate an electric vehicle charging station in a parking space he or she leases as part of the residence.

AB 2565 came on to the Assembly floor in light of Gov. Jerry Brown’s goal of having 1.5 million zero emission vehicles (ZEV) on the road by 2025.

Muratsuchi’s bill proposes to shore up infrastructure to support the growing market of electric vehicles in light of Brown’s policy directions on the issue.

“The current ratio in California is not uniform statewide. While some parts of the State have seen a reasonable investment in [electric vehicle] infrastructure, other parts of the state have little or no public charging stations,” literature attached to AB 2565 stated.

AB 2565 pointed out there are a total of zero public charging ports for electric vehicles in the entire city of Fresno, which reportedly has a population of more than 500,000 people.

According to AB 2565, an ideal statewide ratio would be three electric vehicles per public charging ports.

The California Business Property Owners Assoc. issued a “letter of concern” in response to the proposed bill.