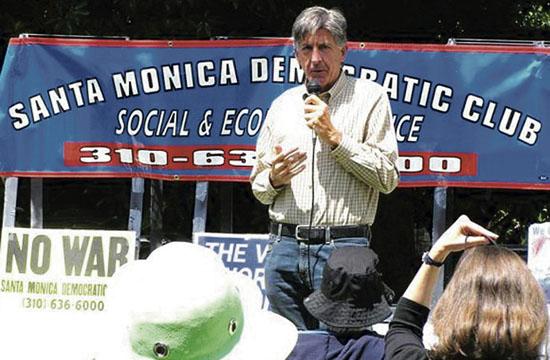 Long-serving Santa Monica City Councilmember Kevin McKeown has been elected as an officer of the Westside Cities Council of Governments, a multi-jurisdictional body addressing regional issues including traffic, transit, social services, and sustainability.

McKeown takes his position as Secretary of the COG effective immediately, which puts him in line to chair the COG in as little as two years.  Besides Santa Monica, the Westside Cities Council of Governments consists of Beverly Hills, West Hollywood, Culver City, and parts of the City of Los Angeles and Los Angeles County.

“This is an exciting time to join the COG officers, when Santa Monica is taking the lead on regional bike-sharing, something I’ve long supported,” said McKeown.  “Mobility and traffic are our chief challenges on the Westside, and I look forward to continued multi-city cooperation on transit, traffic management, and responsible, sustainable land use.”

Councilmember McKeown has served as Santa Monica’s delegate or alternate to the COG continuously since its formation in 2006, and before that was active in helping the less formal “Westside Cities” group come together as an official, regional Council of Governments.  Among his contributions in the course of that formation were an agreement to consider joint social issues, including homelessness, and the procedural structure of the COG, favoring consensus rather than potentially divisive votes.

For many years, McKeown was co-chair of the COG’s Environmental Committee.  “Air and water quality are clearly issues where regional cooperation is key,” he said.  “Santa Monica has lead on sustainability, but local solutions to global problems need a regional implementation, which our COG can help provide.”