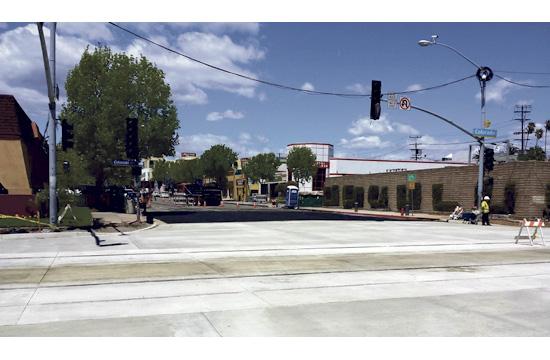 At first, the Expo Line was supposed to arrive in Santa Monica by 2015. Then the schedule was slightly tweaked and the timeline was delayed to the end of 2016. Now it looks like 2015 could be back on again.

During a formal presentation made by Metro, officials cited a construction timeline stating pre-revenue operations would take place in 2015.

At the construction update meetings, it was noted the second phase of the Expo Line build is almost 60 percent complete. Construction at all seven stations of the second phase is already underway and a majority of bridges are almost complete, according to Metro officials. Only the Pico Bridge just outside of Santa Monica needs to be completed.

No formal announcement has been made by Metro indicating the Expo Line would be completed and fully operational ahead of December 2016. However, if pre-revenue operations are scheduled to take place at some point in 2015, it is possible the Expo Line could indeed be up and running ahead of schedule.

Metro’s staff projects the second phase of the Expo Line will cost about $378 million during the 2015 fiscal year, slightly down from the $401 million projected for the 2014 fiscal year.

The total expected cost of Expo Line’s Phase 2 is $1.5 billion, according to the Metro presentation given at the two April community meetings.

Once complete, the Expo Line will add 6.6 miles of track for light rail operations from the heart of Culver City to the a few blocks shy of the State Beach and Pier in Santa Monica. Seven new stations will be added to the Expo Line, which already connects Culver City to downtown Los Angeles.

For riders taking the Expo Line to downtown Los Angeles, the anticipated one-way travel time is 46 minutes. Metro estimates about 64,000 riders will use the Expo Line daily by 2030.

The four stations currently being built between Culver City and Santa Monica include Palms, Westwood/Rancho Park, Sepulveda, and Bundy. By July, the Palms and Westwood/Rancho Park stations will have elevators, stairs, ramps, and canopies installed. Other significant work, such as bridge surface finishing and wall construction, at the Sepulveda and Bundy stations.

Progress is also expected to be made at the three Santa Monica stations, though a timeline of the work to be completed there was not formally announced in the most recent Metro presentation.

In addition to the bridgework, station completion, and lying of rail, Metro staff also stated they are making progress on the Expo Bikeway. Design plans for the bike path have been completed and pre-construction activities (soil removal, grading, and utility work) are already underway.

Metro plans to have another update for Phase 2 of the Expo Line construction in July.

For more information on Phase 2 of the Expo Line construction, visit the project’s website at www.BuildExpo.org.

Coverage of the Expo Line construction will be updated as Metro makes additional information available.