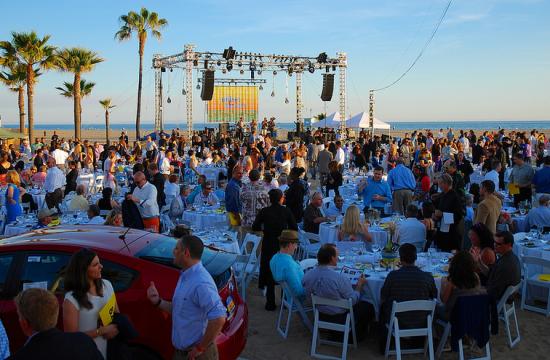 Local ocean-protection group Heal the Bay welcomed a record number of attendees to its annual “toes-in-the-sand” gala at the Jonathan Club in Santa Monica on May 15.

On an appropriately balmy evening, the “Bring Back the Beach” soiree attracted more than 1,200 guests and included several leaders from Southern California’s environmental, political, business and entertainment communities. The sold-out event exceeded its fundraising goals, and will provide nearly a fourth of Heal the Bay’s annual operating budget. Donations made Thursday night will support dozens of advocacy, education and community outreach programs throughout the region.

“We are so proud to recognize these longtime friends of Heal the Bay for their years of protecting our local beaches and ocean,” said Danielle Portnoy, Heal the Bay’s Advancement Director. “It was a fun night, but the festivities underwrite some serious work that addresses the many issues facing our Bay.”

Among the campaigns Heal the Bay will be spearheading this year: stopping a proposed oil drilling operation underneath the Hermosa Beach seafloor; helping combat drought by securing public funding for stormwater

capture projects throughout L.A. County; and assisting local coastal communities prepare response plans for the impacts of climate change, such as erosion and flooding.