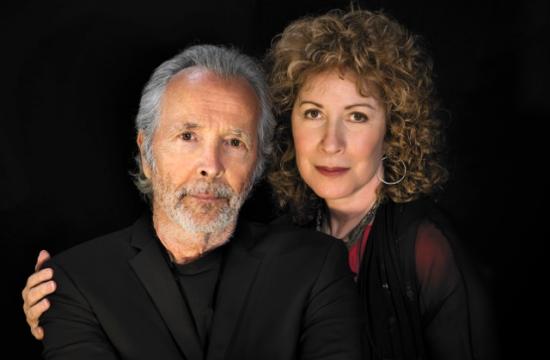 Five artists will be honored at this year’s Herb Alpert Awards in the Arts event today in Santa Monica. Hosted at the Herb Alpert Foundation in downtown Santa Monica, the awards luncheon will be celebrating 20 years of supporting risk-taking artists and 100 award recipients.

Herb Alpert Foundation president Rona Sebastian said this week’s award program mirrors the organization’s mission in recognizing those artists who think outside of the box and are willing to take chances.

Founded by musician Herb Alpert in 1995, the foundation has three core areas in supporting the Arts: arts education at the primary, secondary, and higher education levels of school; promoting the next generation of jazz musicians; and, supporting and celebrating artists as key players & treasures of society.

Each artist will receive a $75,000 prize. Past winners include: Zhou Long, a Pulitzer Price winner for Music; Suzan–Lori Parks, a 2002 Pulitzer winner for Drama; four MacArthur fellows; and, 22 Guggenheim fellows.

“The Foundation is committed to supporting art making in many realms, beginning with early childhood arts exposure through higher education and onto professional development,” Sebastian stated. “We are delighted to have touched the lives of so many exceptionally talented and committed artists.”

This year’s honorees are:

– Choreographer and virtuoso tap dancer Michelle Dorrance, who, according to the Foundation, maintains “inventive sophistication” and is transporting her field “into radically new places”

– Theatre artist Annie Dorsen, to be honored “or her audacious investigations, unrelenting pursuit of ideas, and new theatrical forms”

– Post–conceptual artist Daniel Joseph Martinez recognized “for his fearless, continually evolving practice, unwavering commitment to art and politics, to the field, and to Los Angeles”

Alpert started his foundation with his wife, Grammy-winning singer Lani Hall Alpert. The Foundation has partnered with the California Institute of the Arts (CalArts) to administer the annual awards. Each honoree is also granted a CalArts residency.

The awards luncheon begins at 11 a.m. on May 9 and is being held at 1414 Sixth Street. Stay tuned to the Mirror for additional coverage of the luncheon, honorees, and the Foundation.

For more information about the Awards, visit www.herbalpertawards.org.