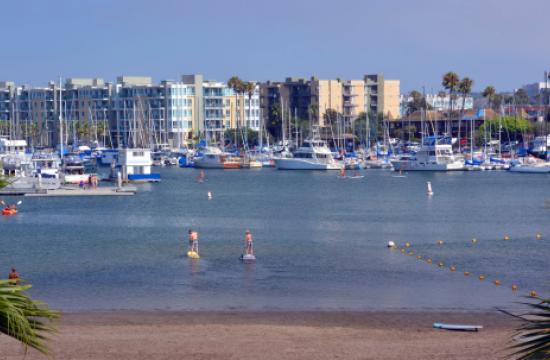 Crews continued working to remove thousands of dead fish from a section of Marina del Rey, saying other marine life will be endangered as long as the decaying fish remain in the water, it was reported May 21.

The fish — including anchovies, rays, eels, sharks and other species — started floating belly-up Saturday in the marina’s A Basin near Bora Bora Way.

Brian Meux, a marine programs manager at Los Angeles Waterkeeper, said he believes a large school of fish swam into the marina when the tide was dropping amid warm temperatures, leading to a sharp drop in levels of dissolved oxygen in the water.

“What that’s like (is) if we are all here at a big football game and someone just threw a big plastic bag over the whole thing and just trapped us in, we’d all pretty much suffocate too,” Meux said.

Any fish unable to get out of the area died quickly, he said.

Now those thousands of fish are decaying, keeping oxygen levels low and releasing chemicals like hydrogen sulfide and ammonia into the water.

“New fish that come in could potentially die if they don’t just turn around immediately,” Meux said, adding there is also concern for birds that are feeding on the rotting fish.

“We’re trying to keep the fish away from the birds as well,” he said.

Volunteers wearing face masks to blunt the odor have been out in force with nets, scooping up the decaying mess for the past two days. Before that, employees of the Los Angeles County Dept. of Beaches and Harbors cleared out about 90 percent of the dead fish.

“The key really is to get all the biomass out as soon as possible,” Meux said. “Let’s get these oxygen levels back so you don’t continue that vicious cycle of marine life coming in and dying.”

The cleanup is expected to continue through the end of this week, according to Carol Baker, a spokeswoman for Dept. of Beaches and Harbors.

“It is going to take awhile,” Baker said. “This was a massive die off.”