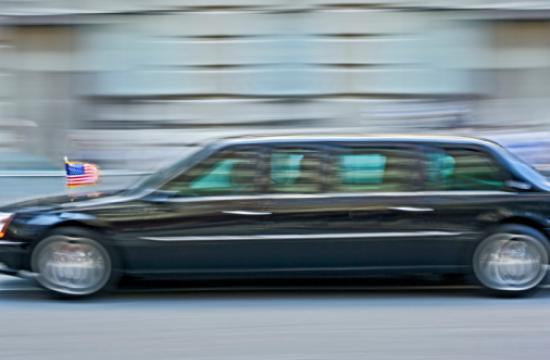 President Barack Obama will directly impact Wednesday afternoon rush hour traffic on the Westside of Los Angeles, especially for those who work at the Fox Studios lot and many area high rises in Century City and Westwood.

The White House and the Los Angeles Police Department have released the President’s schedule and planned road closures, which includes visits to Bel-Air, Century City, and other portions of the West Los Angeles region between the 405 freeway and La Cienega Boulevard.

Obama’s schedule is as follows (all times Pacific):

6 pm: Joint fundraiser for House and Senate Democrats at a private residence in Bel Air.

Obama is expected to land near the intersection of Pico Boulevard and Motor Avenue, which will reportedly be shut down between 4 pm and 6 pm.

Another area scheduled to be shut down is the neighborhood at and surrounding Beverly Glen Road and Santa Monica Boulevard, according to the LAPD.

In the Bel Air area, the perimeter around Beverly Glen Road and Sunset Boulevard (near UCLA) will reportedly be shut down between 6 pm and 8 pm.

From 6 pm to 11 pm, closures are reportedly planned for the Century City area around Avenue and the Stars and Santa Monica Boulevard.