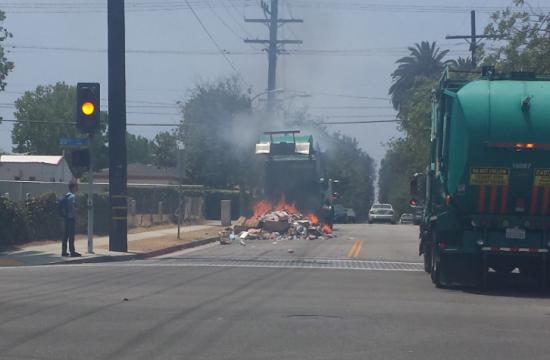 Santa Monica firefighters responded to a garbage truck on fire on Tuesday, but it was quickly extinguished with no injuries.

“The Resource Recovery & Recycling occupants (driver etc.) of the truck noticed the load in the rear of truck was smoldering,” she said. “Once they dumped it out it spontaneously combusted due to increased oxygen that caused it to flame up.”

“Sometimes the load can get hot and smolder like this, however it is infrequent,” she said.