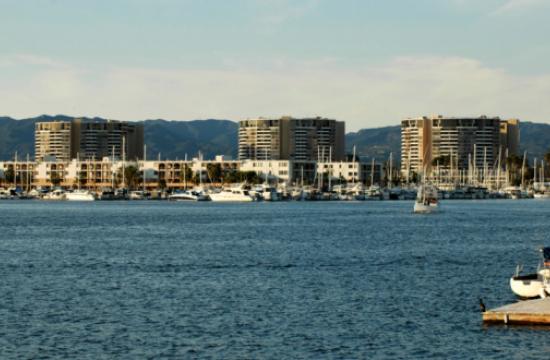 Thousands of dead fish mysteriously rose to the surface at a section of Marina Del Rey near Ballona Creek, according to the Los Angeles County Sheriff’s Dept.

The fish, which included anchovies, rays and other species, came to surface at Basin A of the marina, which is near Bora Bora Way, according to a deputy at the sheriff’s Marina del Rey station. The deputy said it “probably had something to with the ecosystem.”

“This is a classic harbor event,” he told the station.

Seagulls and sea lions were making a feast of the kill and at least one fisherman gathered some of the dead creatures to use as bait.

A watch commander at the sheriff’s Marina del Rey station said the State Dept. of Fish and Wildlife was called in to help remove the dead fish.

A representative from the department said she was researching the event but had no immediate comment.

Similar kills have occurred in King Harbor in Redondo Beach and Ventura Harbor in Ventura. In those cases, the fish were used as fertilize.