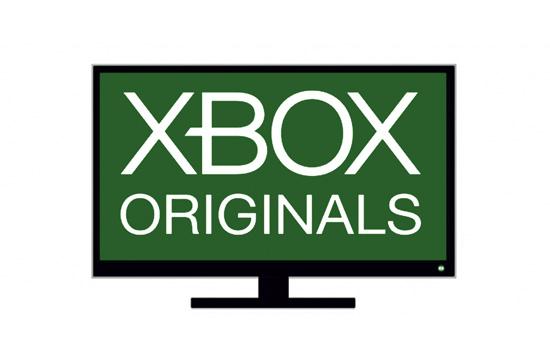 The new “Halo” television series is releasing in June and it will not be available on Netflix or Hulu Plus or Amazon Prime.

Instead, “Halo” and a lineup of other animation programs, comedies, documentaries, dramas, live events, and unscripted shows will be available on Xbox Originals, Xbox Entertainment Studios announced on Monday from its Santa Monica offices.

Xbox Originals will only be available on Xbox 360, Xbox Ones, and other Microsoft devices, the company stated.

All programs viewed on Xbox Originals will reportedly feature unique interactive elements customized on a “per show basis.”

“We are developing premium, original content for the Xbox community which is an audience we are incredibly respectful of,” said Nancy Tellem, President of Xbox Entertainment Studios. “We believe Xbox Originals should embrace the way our fans think about traditional TV.”

The “Halo” franchise appears to be Xbox Originals’ flagship program, with Ridley Scott and Steven Spielberg attached to two separate scripted projects based upon the popular video game series.

Xbox Originals will also feature an unscripted series about international street soccer and a drama featuring robotic servants in a dystopian world.

Also to be featured on Xbox Originals will be a documentary delving into the search of Atari games discarded into a desert landfill.

According to news reports, hundreds of “E.T.” game cartridges were unearthed in a New Mexico landfill earlier this week; Atari distributed the “E.T.” game.

With Xbox Originals, the company stated in a blog post on its website it hopes fans of the gaming console will make Xbox their “all-in-one entertainment device.”

“Microsoft has a long and rich legacy in the content business,” Xbox Entertainment Studios’ executive vice president Jordan Levin stated. “Games have been part of our DNA for at least the last 15 years, and creating original TV content is a logical next step in our evolution.”

Beyond the Halo television series, other committed projects for Xbox Originals include “Every Street United,” “Bonnaroo,” “Signal to Noise,” and “Humans.”

A Halo digital feature executive produced by Scott is also slated to release later this year.

The series will focus on the efforts of Henry and Davids searching one of eight countries for the sport’s most “gifted and undiscovered street stars.”

The finale features a four-on-four champions match of the top eight players in a street game in Rio de Janeiro, site of this year’s World Cup.

Jonathan Hock (“Streetball,” “30 for 30: The Best That Never Was”) will direct the series. From June 13 through 15, Xbox owners will be able to watch Bonnaroo, highlighting the 13th annual Bonnaroo music and arts festival.

“Signal to Noise” is a six-film documentary series brought to Xbox Originals by award-winning producers Jonathan and Simon Chinn.

“The series will expose little known stories of how modern technology has radically altered the way we interact with our world,” a blog post on the Xbox website stated.

The just-discovered landfill of discarded “E.T.” cartridges in New Mexico will be featured in the documentary’s first installment, aptly titled “Atari: Game Over.” Zak Penn (“X-Men 2,” “Avengers”) will reportedly direct “Atari: Game Over”).

Casting will begin this month for “Humans,” the Xbox Originals new drama series to be co-produced with United Kingdom broadcaster Channel 4.

“Humans” will be an eight-episode series — each an hour in length — based upon the Swedish series “Real Humans.”

The series centers on real families who desire to have a “Synth,” which is a human-like robotic servant.

For more information of Xbox Originals and how to access programming, visit the company’s website at www.xbox.com.