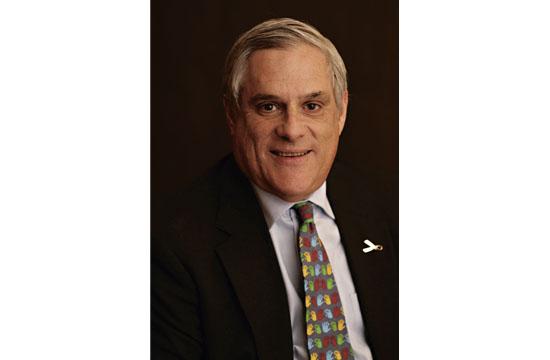 With survival rates for childhood cancer at an all-time high, research into better and less-toxic treatments is more important than ever.

A staff physician at the CHLA-Santa Monica outpatient care center, he talks about the current challenges in pediatric cancer, what the future of treatment looks like – and why he always wears those funny neckties.

What are the biggest challenges in childhood cancer now?

We’ve come a tremendous way, but we still have a lot of work to do. Although pediatric cancer is rare, it’s still the number one disease killer of children. Roughly 15 percent of patients don’t survive, and for certain cancers, that number is higher. That’s unacceptable.

Today, the challenges are to find effective treatments for those hard-to-treat cancers and to make treatment less toxic for all patients.

Absolutely. We actively choose treatments that are not just the best for treating the cancer, but will also be the least damaging to the child’s long-term health. A generation ago, we were just trying to kill the cancer. Now, the quality of the child’s survival – not just the quantity – is paramount. That means we also focus a lot on patients’ psychological and social needs, both during and after treatment.

Their whole lives. I have patients in their 50s now – even a few grandparents! It’s rewarding. When someone I treated for cancer as a child walks into my office with his or her spouse and kids – well, there’s nothing that can match that feeling.

Why is ‘survivorship care’ so important?

Despite the tremendous strides we’ve made, we’re still curing cancer at a price.

Treatments like radiation and chemotherapy can take their toll on normal tissues and cause “late effects” – second cancers, heart disease, teeth problems, bone weakness, etc. Those problems may not show up for many years, but kids have a lot of years ahead of them.

At Children’s Hospital, we’re vigilant about follow-up care. For example, I had a patient who had cancer of the nose and throat as a child, and then in his 20s, he developed a second cancer, leukemia. Because we were following him regularly, we spotted the leukemia early with a blood test. He’s now completed his treatment and is doing well. But early detection was critical.

What does the future of childhood cancer treatment look like?

There are two really exciting cancer research areas – not just for children, but for adults too. One is “targeted therapy,” which attacks specific molecules that are key to a cancer cell’s survival. These molecules aren’t present in normal cells, so that can mean fewer side effects. Several targeted therapies are already available.

The second is immunologic therapy, which manipulates the immune system to make it  better able to kill cancer cells. In cancer patients, the immune system on its own isn’t good enough at recognizing cancer cells as foreign and something it should get rid of. So we have to help it. This is another very active research area, and some treatments have already been licensed, particularly for blood cancers and lymphomas.

What services do you provide in Santa Monica?

It’s a big help to families because it allows them to have some appointments closer to home. Chemotherapy, radiation therapy and surgeries, though, are still provided at the  hospital.

Why do you wear those funny neckties?

My patients used to bring me buttons and pins, which I would pin on my lab coat.

Today, I don’t usually wear a white coat, so I switched to neckties. I try to wear a tie that’s colorful, that’s kid-friendly and has happy or funny things on it. It helps kids relate to me as more than just a doctor.

Cancer is tough. It’s important that kids know that I see them as people, not just patients. I want them to know I’m going to do everything I can to help them beat their cancer, and live a long and healthy life.

Stuart E. Siegel, MD, led the Children’s Center for Cancer and Blood Diseases at Children’s Hospital Los Angeles from 1976 to 2013. He currently directs CHLA’s Center for Global Health and is a staff physician at CHLA-Santa Monica, which is located at 1301 20th St., Ste. 460, Santa Monica. For appointments, call 310.820.8608. For information, go to www.chla.org/santamonica.