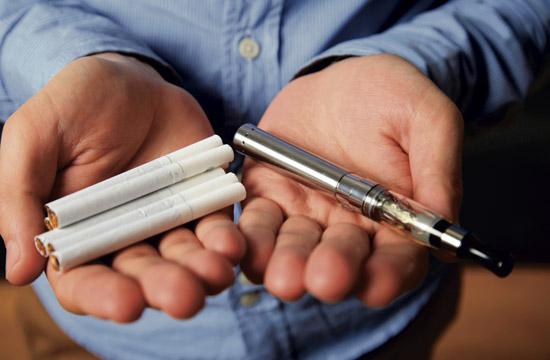 In an opening salvo, the Santa Monica City Council unanimously approved on Tuesday the drafting of an ordinance to regulate the use of vaporizers – colloquially referred to as electronic cigarettes or e-cigarettes – the same way as traditional cigarettes.

With the council direction, City staff will put together an ordinance that would prohibit the use of e-cigarettes wherever traditional cigarettes are also banned. E-cigarettes use would still be permitted in certain designated locations.

Vapor shops would be exempt from the proposed law.

Practically speaking, e-cigarettes would be prohibited in many public places, such as bars, local beaches, nightclubs, restaurants, and anywhere else traditional cigarettes are not allowed.

Introduced by China in 2003 and brought to the United States market about five years later, e-cigarette use has, according to City staff, “grown exponentially.”

“The most common users are those who also smoke cigarettes,” City staff stated. “Between 2011 and 2012 their use among American youth more than doubled according to the Centers for Disease Control and Prevention.”

At the heart of the issue: whether vaping – the act of using an e-cigarette – is as harmful to the user and the public at-large as cigarettes.

Several speakers during public testimony spoke to the benefits of e-cigarettes and vaporizers, stating the devices are not as easily accessible to those under the age of 18 and the practice of vaping has helped many quit smoking.

On the other side, those who supported an ordinance governing the use of e-cigarette devices said vaping is merely being regulated, not banned, in Santa Monica – a sentiment confirmed by Council member Ted Winterer.

“I tried everything. These products work,” Freeman said, adding he smoked two packs a day and unsuccessfully tried several alternatives to quit smoking before discovering vaping.

Representing the Smoke Free Air For Everyone, Esther Schiller said e-cigarettes are an extension of the tobacco industry and the vaporizers are advertised in the same exact way traditional cigarettes were markets from the 1940s to the 1960s.

“Unfortunately, I’m old enough to remember all of that,” Schiller told the council. “We’re told they are safe and that the most beautiful people are using them. “The advertising and the special flavors are, unfortunately, especially attractive to youth.”

Phil Daman, president of the Smoke Free Alternatives Trade Assoc. (SFATA), told The Mirror after the meeting he thought the council’s decision was thoughtful but also said the City Attorney report recommending a the regulation of vaporizers was one-sided against e-cigarettes.

Daman said while he understands the concerns of second-hand vapor, he has not found any studies published to corroborate such a claim.

He also said vaporizers or e-cigarettes “doesn’t promote smoking” and poses no risks to bystanders.

“It’s not tobacco, As a matter of fact, it prevents deaths in the millions because it provides an alternative,” Daman said, adding there is a significant difference between smoking and vaping.

“These are technology products, not tobacco products, and certainly not cigarettes. These things cannot be further from a combustible cigarette in form or in harm. The end result on the user can be similar,” Daman said, adding many people view the vaporizers or e-cigarettes as part of the problem when, he believes, they are part of the solution to “one of the world’s greatest societal harms.”

Council member Bob Holbrook said he did not believe there were any inaccuracies in the City staff report, adding it referred to a meta-analysis by the University of California, San Francisco that “tried to find every bit of scientific literature it could … to try to draw some conclusions.”

Holbrook also questioned why the vaporizers would come in children-friendly vapor flavors if the device manufacturers were truly catering to adults instead of the youth.

“Why are there little kid flavors,” Holbrook pondered, adding there is scientific literature to suggest younger users of vaporizers or e-cigarette devices actually makes it more likely, not less likely, that person would end developing a habit of smoking traditional cigarettes. “I haven’t been into bubble gum since I was 12 years old. I don’t understand why you would make [flavors] like that if they weren’t for kids.”

The discussion of regulating vaporizers and e-cigarette devices did not end on Tuesday night, as City staff will return to the council later this year with a proposed ordinance.