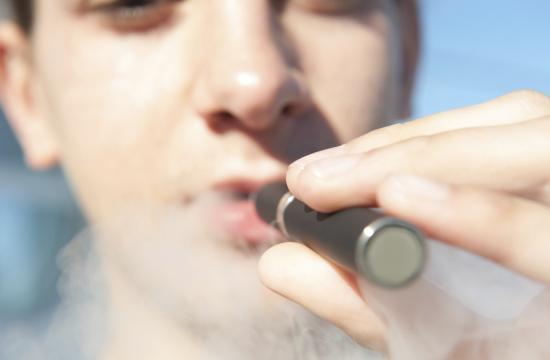 The act of vaping might soon be no different than smoking under the eyes of the law, as the Santa Monica City Council will be discussing this Tuesday the possibility of an ordinance to regulate e-cigarettes the same way as cigarettes.

Council members will only be discussing a City staff direction next week, but an ordinance could ultimately be in the works to include electronic smoking devices within the legal definition of “smoking.” If such an ordinance were enacted, vaping an e-cigarette would be exactly the same as smoking a regular cigarette. Accordingly, e-cigarettes would be banned everywhere regular cigarettes are not allowed.

City staff recommends the council move forward with a direction to define vaping the same as smoking.

“[The possible ordinance] would restrict the locations where e-cigarettes can be consumed,” City staff stated.

The potential City staff direction comes to the dais about three months after the council directed the City Attorney’s office “to research and analyze the regulation of electronic cigarettes with consideration of recent actions in neighboring cities.”

Just before that direction on March 18, nearby cities of Beverly Hills, Long Beach, and Los Angeles enacted laws expanding the prohibition of smoking to include e-cigarettes.

City staff stated it studied various news reports on the subject and weighed the “underlying scientific studies being cited by both sides in the debate” in determining its recommendation to the council. They also reviewed other e-cigarette ordinances and analyzed arguments against and in favor of regulating vaping as smoking.

An e-cigarette is a battery-powered device with a nicotine cartridge inside. The nicotine is dissolved into a combination of glycol and water, which allows the device to emit a colorless vapor free of tar or other substances generally deemed to be harmful. Accordingly, e-cigarettes have often been considered a less obtrusive alternative to traditional cigarettes.

According to City staff, e-cigarettes were introduced in China in 2003. The product arrived in the United States consumer market in 2008.

“During the past few years their popularity in this country has grown exponentially, especially among young people. For example, between 2011 and 2012 their use among American youth more than doubled according to the Centers for Disease Control and Prevention,” City staff stated. “The most common users are those who also smoke cigarettes.”

City staff added the business of advertising and marketing e-cigarettes is rapidly expanding, with ink and air time in favor of the alternative oral fixation making its way into television, radio, online and print advertisements.

“Unlike with cigarettes, there are no restrictions or regulations on e-cigarette advertising. Much of the advertising is directed at children, using social media and celebrities and featuring flavors such as Cotton Candy and Gummi Bear,” City staff stated.

Those who favor e-cigarette use argue the device is an effective tool for those addicted to smoking real cigarettes to chance to quit. E-cigarette proponents also state the devices are safer than regular cigarettes to both the user and anyone in the immediate area.

E-cigarette opponents, however, claim the devices actually allow people to become more, not less, addicted to nicotine, hence increasing the chances he or she will use regular cigarettes. Similarly, opponents state e-cigarettes are popular among teenagers and increase the chances of underage populations taking up the smoking of real cigarettes when the get older.

Another argument against e-cigarettes is that since some of them look so similar to actual cigarettes it becomes increasingly difficult to regulate and enforce anti-smoking laws.

E-cigarette opponents also point out the potential health risks of using the device are not full known, hence the act of vaping should be regulated until more information is made available.

In April, the Food and Drug Administration (FDA) suggested for the first time a set of proposed rules potentially regulating e-cigarettes as a drug. The proposed rules, according to City staff, would ban the sale of e-cigarettes to minors, prohibit the free distribution of samples, ban e-cigarette vending machines in places where minors are allowed, and require the devices come with warnings that nicotine is addictive.

Advertising regulations and child-oriented marketing restrictions are not included within the FDA’s proposed rules, which is still in a public comment phase.

The sale of e-cigarettes to minors is already prohibited in California, according to City staff.