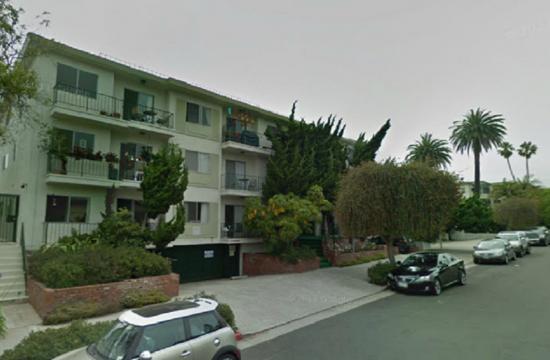 For $2,950 a month, potential Santa Monica renters can move into what was former Boston crime boss James “Whitey” Bulger’s apartment that he was captured in almost three years ago to the day.

Bulger and his girlfriend Catherine Greig were arrested at their residence at 1012 Third Street in Santa Monica on June 22, 2011 with a stash of about 30 firearms and $822,000 in cash hidden in holes in the wall of their apartment.

Going by the aliases of Charles and Carole Gasko, the fugitives were able to live there without owning a vehicle for almost 15 years and were within walking distance of the beach, a park, library, stores and restaurants.

Bulger was sentenced to two life sentences plus five years in November 2013.

The sentence was read at Boston’s waterfront federal courthouse, which came after Bulger was found guilty on 31 of the 32 counts on Aug. 12, 2013 in connection to nearly a dozen murders.

The only count Bulger was not found guilty of was on the alleged extortion of ticket broker Kevin Hayes who had said he was warned in 1994 that he had to give “payoffs” to Bulger in order to operate.

The jury, made up of eight men and four women, found Bulger was guilty of involvement in 11 of 19 murders. Of the other eight murders, there was not enough evidence to prove he was involved in seven and the jury made no finding in one.