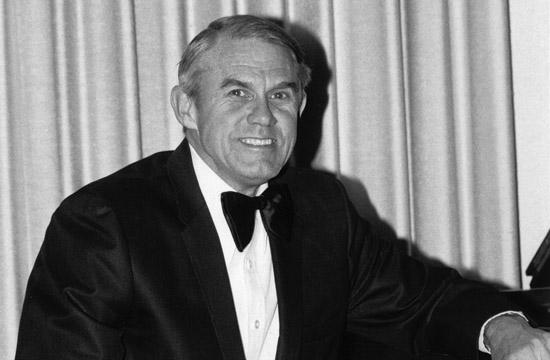 Santa Monica resident James Kohfeld passed away on Sunday, June 1, after attending a “Celebration” of his life on Saturday that included a review of his life and a musical program presented by family and friends. Heartfelt tributes were gathered in a “Collection of Memories.”

Jim was a true Renaissance man. Not only did he possess musical gifts as a pianist, organist, choral conductor, violinist, violist, electric-bass guitarist, drummer, and tenor, but he won prizes for his artistic endeavors (oil painting, poetry), sports (mountain climbing, slalom skiing, tennis, and track), and home wine making.

He enjoyed gardening (producing food from his back yard farm of 12 fruit trees and an assortment of vegetables) and his hobby of wood-working (crafting an armoire, buffet, dinette table, and many other items for his home).

He earned a Master’s Degree in Music Education from Columbia University where he studied a broad range of subjects including piano pedagogy, choral conducting and composition.

Simultaneously he studied piano at Juilliard and organ at Union Theological Seminary.

He was heard in many solo piano recitals and performed piano concertos with the Brentwood-Westwood Symphony (Rachmaninoff Piano Concerto #2), Fresno Philharmonic (Grieg Piano Concerto in a minor) and the Palisades Symphony (Ravel Concerto for Piano and Orchestra).

He performed all 32 Beethoven piano sonatas, all 24 Chopin Etudes, most of Chopin’s other compositions, and a multitude of works by other composers. He was a member of the West Los Angeles branch of the Music Teachers’ Association of California and the Choral Conductors Guild.

His semi-professional choral groups were heard in numerous concerts including a performance at the Doheny Mansion as part of the Da Camera Society “Chamber Music in Historic Sites.”

They also performed with local symphony orchestras and were heard on radio.

A highlight of his career as a church choral conductor was a staged production of Bach’s St. Matthew Passion with professional soloists, antiphonal choir, boys’ choir, antiphonal orchestra, costumes, and lighting.

After earning a second degree in mathematics and physics, he worked for many years as a computer programmer analyst, first at Systems Development Corporation, then at Scientific Data Systems.

He also became a registered member of the Piano Technicians Guild and serviced pianos for private clients, churches, schools, and orchestras.