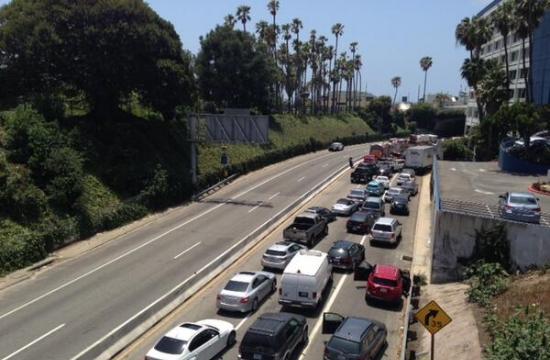 At least one person was killed and six others injured today when two big rigs and a minivan crashed in the McClure Tunnel linking the Santa Monica (10) Freeway and Pacific Coast Highway in Santa Monica, authorities said.

The crash happened about 12:35 p.m. on the westbound side, said Robin Gee, public information manager with the city of Santa Monica.

The Santa Monica Fire Department initially reported that seven victims were transported to hospitals. It is not clear if the fatal victim was among those transported.

California Highway Patrol Officer Peter Bishop said one crash victim died but he had no details about the person.

The driver of one of the big rigs declined to be taken to a hospital against medical advice, Gee said.

The westbound 10 was not expected to be reopened before 5 p.m., said Santa Monica Fire Department Deputy Chief Tom Clemo said.