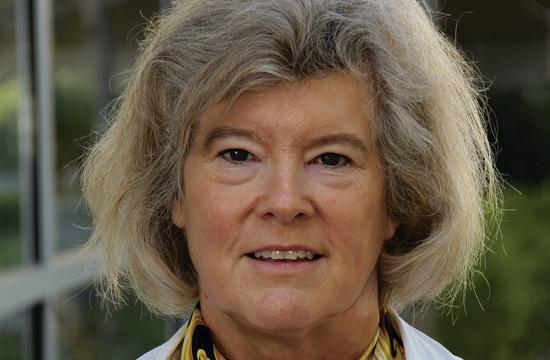 The genes children inherit determine everything from their height to their hair color. But sometimes, a child’s genetic code also contains hidden abnormalities that can cause an array of health issues, such as developmental delays or physical or mental illness.

What is a medical geneticist?

How old are your patients?

Medical geneticists see patients of all ages, but here at Children’s Hospital Los Angeles, we focus on children. Most of our patients are quite young, including babies, but we see older children and teenagers, too.

Why would a child need to see a medical geneticist?

Children are typically referred by their pediatrician or another specialist. They’re referred for all kinds of reasons: failure to thrive, developmental or speech delays, unusually tall or short stature or even atypical physical features, such as ear abnormalities, unusual birthmarks or low muscle tone. It’s our job to see if the underlying cause of those issues is a genetic disorder.

How do you diagnose a genetic disorder? Is it just a blood test?

If only it were that easy! In reality, we’re a lot like detectives – painstakingly searching for every possible clue as to what’s causing a child’s symptoms. It’s challenging; there are literally thousands of genetic syndromes, and a lot of them can look similar.

That’s why our consultations are quite comprehensive. We take a detailed patient history, including a prenatal history – medications the mother took during pregnancy or illnesses she had – and create a three-generational family tree called a pedigree. We also do a thorough physical exam. Even small details, such as the size of a child’s hands and feet, can provide big clues.

Do you do genetic testing?

We often recommend it based on what we uncover during the consultation. At the end of that appointment, we discuss our findings with the parents and make recommendations for further testing. That testing could be genetic testing, an MRI or X-ray, or an eye exam – or a combination of all those.

Are there downsides to genetic testing?

The tricky thing is that results are sometimes uncertain, or they include information about genetic irregularities that science doesn’t yet know how to interpret. That can create anxiety for the family. Our genetic counselors and physicians spend a lot of time carefully explaining test results to parents so there are no misunderstandings.

Since most genetic syndromes don’t have a cure, why is it so important to accurately diagnose them?

There may not be a cure, but even in the worst cases, there’s always a care and treatment plan. There’s always support; there are always services. Treatments can range from enzyme replacement therapy – which can be almost as good as a cure for certain conditions – to vitamins to a special diet to certain therapies.

In addition, one of the biggest benefits is knowing what complications a child is at risk for either now or down the road, because of that diagnosis, such as heart or kidney disease.

It’s always better to know. Knowledge is power. If you know a child with a given genetic disorder is at risk for kidney problems, then you can screen for those problems and catch them before they’re too advanced.

I recently saw a child where I recognized signs of a genetic condition called Noonan syndrome, and we tested for it. Well, this child needs heart surgery, and people with Noonan syndrome have a high risk of surgical complications. If we know that risk in advance, doctors can take preventive steps to ensure a safe surgery.

That’s what’s rewarding for me as a medical geneticist. A diagnosis isn’t just a name. It opens the door to giving a child an opportunity for better health and a better life.

Linda Randolph, MD, is head of CHLA’s Division of Medical Genetics and a staff physician at Children’s Hospital Los Angeles – Santa Monica, which is located at 1301 20th St., Ste. 460, Santa Monica. For appointments, call 310.820.8608. For information, go to www.chla.org/santamonica.