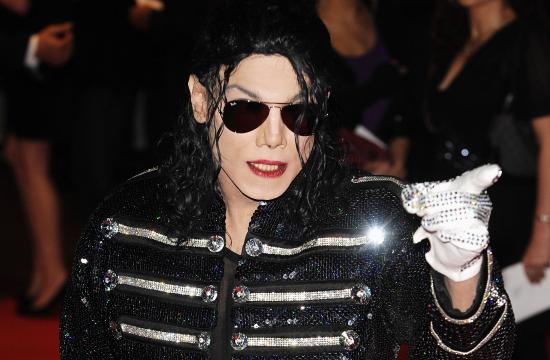 Today Michael Jackson fans worldwide are marking the fifth anniversary of the singer’s death due to an overdose of a powerful anesthetic he used to battle insomnia.

Tributes are expected today at his childhood home at 2300 Jackson St. in Gary, Indiana, outside his former Neverland Ranch in Santa Barbara County and at his grave.

Thousands of red roses, purchased by Jackson fans through an online campaign, have been piling up around the Great Mausoleum at Forest Lawn, along with signs, Jackson memorabilia and other mementos. Other fans brought signs and banners to place outside the mausoleum, which is not open to the public.

Overseas, commemorations are planned in Spain and the Netherlands, among other places.

A 10 p.m. candlelight vigil is scheduled at his star on the Hollywood Walk of Fame, where fans were also placing flowers.

The family is said to be holding a private gathering to remember Michael.

Born eighth in a family of 10 children, Jackson became the face of the family band — The Jackson 5 — in the late 60s, when the group moved to Los Angeles and signed with Motown. Soon, they had four chart-topping singles — “I Want You Back,” “ABC,”‘ “The Love You Save” and “I’ll Be There.”

In the 70s, Jackson performed with his siblings in various combinations, starred as the Scarecrow in “The Wiz” — one of the few Jackson projects that was a financial failure — and released his Quincy Jones-produced solo album “Off the Wall.” In 1979, he had his first nose job after breaking it during a dance routine.

“Thriller” debuted in 1982, soon becoming the best-selling album ever, with about 65 million copies sold. In 1984,  he suffered severe burns on his scalp when his hair caught fire during the filming of a Pepsi commercial at the Shrine Auditorium — a watershed event that observers say led to Jackson’s problems with drugs.

In the late 80s and early 90s, Jackson’s fame turned to spectacle as his skin grew lighter and his looks changed drastically. His peculiar habits and lavish spending earned him the tabloid nickname “Wacko Jacko.”

Despite some setbacks, Jackson signed a record-breaking $65 million contract with Sony in 1991, releasing his eighth studio album “Dangerous” the same year.

In 1993, Jackson was first accused of child abuse. The King of Pop then married Elvis Presley’s daughter — Lisa Marie Presley — but the couple stayed together less than two years.

During his “HIStory World Tour,” he married Deborah Rowe, a dermatology nurse, and Jackson’s first child, Michael Joseph Jackson Jr., known as Prince, was born. A daughter, Paris-Michael Katherine Jackson, was born a year later, but Jackson and Rowe divorced.

In 2002, Prince Michael Jackson II, known as Blanket, was born, but his mother’s identity has never been revealed.

After an unflattering documentary by Martin Bashir, Jackson was again accused of child molestation, leading to a five-month-long trial in 2005 that ended with Jackson’s acquittal. The next year, the big house at Neverland Ranch was closed to save money.

In March 2009, he announced “This is It” — a 50-night stand at London’s O2 Arena and started rehearsing in Los Angeles under the care of Dr. Conrad Murray.

Jackson had become dependent on propofol — a drug used to induce anesthesia in hospital settings — to sleep and died of an overdose before noon. Murray was ultimately arrested and convicted of involuntary manslaughter and sentenced to four years behind bars.

Murray served roughly two years of the sentence, and was released from the Men’s Central Jail in downtown Los Angeles on Oct. 28.

The same day Jackson died, another Hollywood icon — Farrah Fawcett — died of cancer. But her death was largely overshadowed when news broke of Jackson’s death.