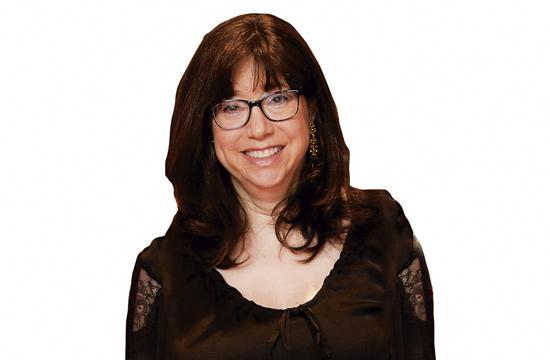 It is blaringly apparent that there is a need for a solution within the addiction community after a conversation with advocate Caron Block.

After tragically losing several loved ones to the disease of heroin addiction, she continues to face the battle against this epidemic with fiery, genuine hope.

Block’s proactive mindset has allowed her to collaborate with doctors and researchers. She has also taken part in several interviews in order to raise awareness.

There is a heartbreaking irony surrounding the realm of heroin addiction.

Death rates resulting from heroin overdose only continue to climb upward. According to the Centers for Disease Control and Prevention, overdose currently stands as the leading cause of death in the country.

Despite these dismal statistics, there is a clear lack of general public interest, perhaps due to the inaccurate stigma that comes alongside drug addiction. The myth that overcoming addiction is simply a matter of willpower is still prevalent.

According to the National Institute on Drug Abuse, it is often mistakenly assumed that drug abusers can stop using drugs simply by choosing to change their behavior. In reality, drug addiction is a complex, chronic disease that result in intense changes in the brain, which hamper with the ability to resist the impulse to take drugs.

“Kids are dying right and left from opiate addiction, and it doesn’t have to be that way,” Block said.

In particular, there exists a medication that that holds immense potential and “has proven successful beyond all expectation.”

This vaccine likely has the ability to confront the roots of the issue – by blocking the heroin dosage from initially happening.

Developed by doctors at Scripps Institute in La Jolla – specifically Dr. Kim Janda and Dr. George Koob – the legitimacy behind this vaccine is sound.

Through laboratory rat testing, this vaccine has proven to be able to expand heroin molecules in the body to the point where they cannot penetrate through the blood-brain barrier and passes through the urine instead.

The laboratory rats had been addicted to heroin, but ceased to crave the drug after being vaccinated, even when they were given access.

In fact, huge amounts of heroin could be administered to the rats without killing them. In essence, the vaccine would be nullifying the detrimental effects of heroin because drug content would never enter the brain.

If clinical testing on humans is backed, there could be groundbreaking results in the realm of heroin addiction.

The primary hindrance that this vaccine faces is the lack of funding.

The potential solution to this detrimental problem remains in the laboratory, awaiting clinical testing and human trials.

The vaccine is ready to be utilized, but is unable to test its potential because of a simple lack of financial support.

Federal spending on addiction research has decreased by at least 20 percent in the last four years.

Researchers like Dr. Janda at the Scripps Institute face a gaping scarcity of finances to support the promising vaccine.

This is where Funding Addiction Research (FAR), an organization that Block founded, comes in. FAR is a local group of people who research the latest, most important developments regarding addiction and seek to find ways to garner interest and raise funds.

However, the vaccine has patents with an approaching expiration date. FAR stands as the primary supporter of this vaccine and is therefore in need of more monetary support.

All proceeds currently go directly to the researchers at Scripps Institute.

To assist Block’s fundraiser and her mission to extend the patent, visit crowdrise.com/SupportHeroinVaccine.

There is a desperate need for the community to realize the gravity of the situation that addicts face. What many fail to realize is that addiction is a disease – and its victims have little to no control over their actions as drug addicts.