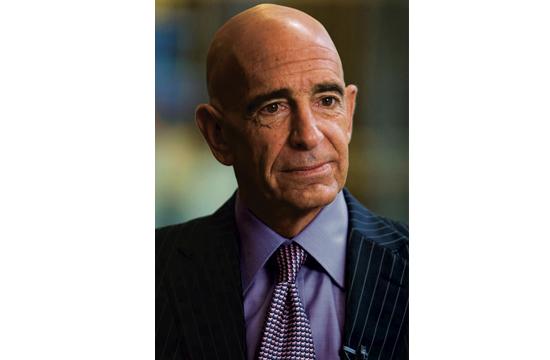 The founder of an investment firm in Santa Monica has donated $15 million to USC, it was announced last week. Thomas J. Barrack, Jr., a USC trustee and real estate magnate, made the donation to the university’s Marshall School of Business.

With the funding, USC will reportedly renovate a business school building that would serve as the home of Marshall’s international business programs.

“As a distinguished USC trustee and alumnus, Thomas Barrack is a stellar leader in our university’s community, as well as a renowned leader in the sphere of international finance,” USC President C.L. Max Nikias said in a statement. “The Barrack family’s exceptionally generous gift will bolster our Marshall School of Business and its faculty and students, and revitalize one of the school’s key facilities for generations to come.”

Marshall’s international business program for graduate and undergraduate students would be housed in a renovated Bridge Hall, which was originally built in 1928. According to USC, the building’s “vintage” exterior will remain as is, but its interior would be upgraded and redesigned.

With the donation, USC will renovate Bridge Hall to include classrooms, community areas, offices, and research centers.

“Education and the development of a cultural sixth sense are the keys to commerce, and commerce is the key to tolerance and understanding,” Barrack said. “As an alumnus, I feel privileged to supply stewardship for the bricks, while Marshall, its dean, administration and faculty supply the intellectual mortar. I am thrilled to be part of this exciting venture at Marshall and hope that the resources provided by the enhanced facility will help nurture the next generations of international business leaders.”

Elected to the USC Board of Trustees in 2012, Barrack graduated from Southern Cal in 1969. A Los Angeles resident, Barrack, 67, founded Santa Monica-based Colony Capital, considered one of the largest private equity real estate firms in the world, in 1991. According to Forbes, the firm invested an estimated $34 billion in assets.

Among the assets he operates includes the Fairmont Raffles Hotels International, which owns the Fairmont Miramar on Wilshire Boulevard.

Also according to Forbes, Barrack has invested in Michael Jackson’s Neverland Ranch.

USC stated the building would be renamed to Barrack Hall.

Barrack was born to Lebanese immigrants and a Los Angeles native. In addition to earning his Bachelor’s degree from USC in 1969, Barrack also has a law degree.

While an undergraduate at USC, Barrack was a star player on the school’s rugby team, earning a national championship during his tenure.