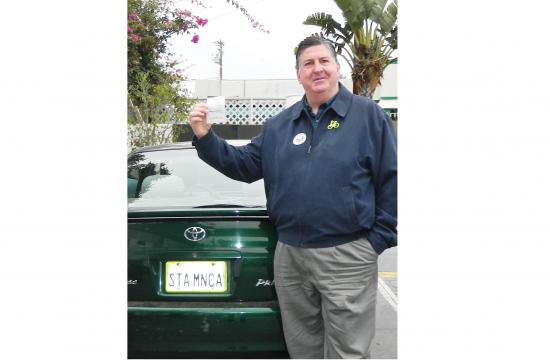 Bonus Car Wash in Santa Monica became the first carwash in the nation to unionize in 2011, and it has since been joined by 20 more in the Los Angeles area and more than 30 nationwide.

On Friday, June 27, at 10 am community supporters led by CLUE LA, Clergy and Laity United for Economic Justice Los Angeles, will celebrate with cake and balloons in front of the carwash, at 2800 Lincoln Boulevard (between Raymond and Ashland) to mark the renewal of this historic contract.

Members of the public are invited to join in celebrating this great success in bringing dignity and justice to an industry in which workers routinely endure violations of basic labor rights.

“This contract renewal is a reminder to our community,” McKeown said. “That we in Santa Monica have the nation’s first union carwash, where empowered workers paid fair wages will give you a clean car and a clean conscience.”

The original labor pact at Bonus gave workers a wage increase, grievance and arbitration procedures, and compliance with health and safety laws—critical in an industry in which workers handle harsh detergents and chemicals—including providing workers with safety equipment and clean drinking water.

The new contract, negotiated between members of the United Steelworkers Local 675 and the carwash, provides an additional wage increase and seniority rights for employees.

Other carwashes in Santa Monica have recently been troubled by allegations of poor and abusive working conditions.

Santa Monica Car Wash was sued in 2012 by former employees claiming wages had not been fully paid, and last year the owners of Wilshire West pleaded no contest to charges that they had not paid their employees in full for all hours worked.

CLUE LA, which has organized the celebration, partners with the CLEAN (Community Labor Environmental Action Network) Carwash Campaign to support carwasheros in their struggles to secure basic labor rights and to inform members of the community about the wage abuses, harsh workplace conditions, and environmentally destructive practices prevalent in the industry.