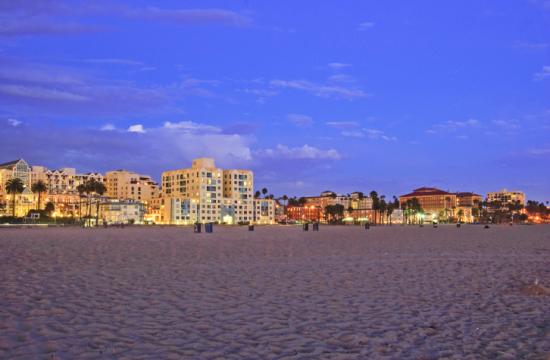 When it comes to the cost of tourist lodging, Santa Monica is California’s most expensive destination, according to a survey released on Tuesday.

The survey released by CheapHotels.org compared this summer’s hotel rates in 30 top California destinations and determined the average amount hotel guests would have to spend to stay in the cheapest available double room in each of the 30 locales, CheapHotels.org said in a statement.

The comparison period spans California’s high tourist season — Memorial Day through Labor Day. Only hotels with at least 2 stars and located either near the city center or close to the beach were taken into consideration.

Santa Monica tops the list with an average rate of $213 per night for the least expensive double room, the statement said, adding the beach city “is significantly more expensive than the runners up” — Calistoga, a small Napa Valley city,  and Santa Catalina Island; they had average rates of $184 and $178, respectively, for the most affordable room.

Two of the state’s most populous cities — Los Angeles and San Francisco — rank in the midfield, with average rates of $109 and $103, respectively, the statement said.

The following table shows the 10 most expensive destinations in California based on the average daily rate for their cheapest available double room at a 2-star hotel from May 26 through Sept. 1, 2014, according to CheapHotels.org: