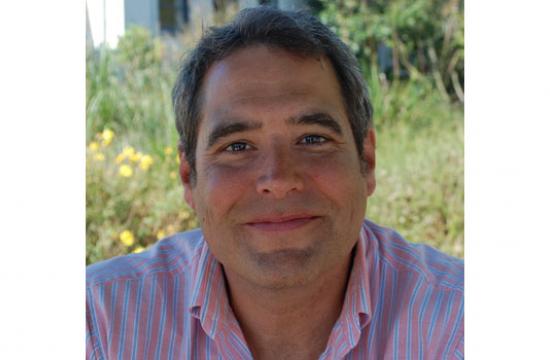 The Bay Foundation (TBF), a science-based organization that advocates for the Santa Monica Bay, has named Tom Ford as its new Executive Director.

Not a stranger to TBF, Ford has served as the Foundation’s Director of Marine Programs for the last four years, initiating and guiding key projects, garnering top grants, and bringing diverse groups together to protect and ensure clean water and a healthier environment for the Southern California coast.

Prior to joining TBF, Ford served as Executive Director for Santa Monica Baykeeper.

Ford is best known for his leadership in the study and restoration of kelp forests in Santa Monica Bay.

As science-based advocates for the Santa Monica Bay — which stretches from the LA-Ventura county line in the north to the Palos Verdes Peninsula in the south — and its watershed, TBF works with a broad group of stakeholders to create and put into action innovative policies and projects that clean up our waterways, create green spaces in urban areas and restore natural habitats both on land and underwater.

“Tom’s is a lifetime of scientific study and action dedicated to the ocean’s health, which fits perfectly with The Bay Foundation’s mission. And the fact that he’s been with us for a number of years makes it clear that Tom knows and believes in The Bay Foundation and its goals,” said TBF Board President Laurie Newman. “Tom is also a strong leader, a collaborator and will be able to hit the ground running.”

Ford said he was honored to have been named the Executive Director.

“TBF ‘s work is the nexus of science, policy and project implementation, which is a dream job for an ecologist, like me, working on the pressing environmental issues of our time,” Ford said.

With a M.A. from UCLA in Marine Ecology and a B.A. from the University of Rhode Island in Biology, Ford has been engaged in the study of kelp forests since he moved to Los Angeles in 1998.

Ford also serves as part time faculty at the Fred Seaver College of Science and Engineering at Loyola Marymount University.

“I look forward to continuing to work with our partners and stakeholders to achieve a healthy and sustainable environment for the residents and visitors of Santa Monica Bay and the neighboring communities,” Ford said.

He is member elect to the Southern California Academy of Sciences Board of Directors. Ford’s background spans the Atlantic Seaboard where his research on sea turtles involved nesting beaches, aerial surveys and coastal dredging projects.

As a Commercial Shell Fisherman in Rhode Island he developed his deep appreciation for the work and industry that is derived from our coastal waters.