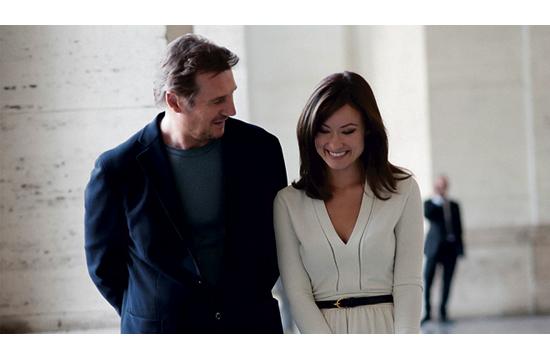 Paul Haggis is one of Hollywood’s most highly respected writer-producer-directors, having racked up two consecutive Best Film Oscars for “Million Dollar Baby,” directed by Clint Eastwood, and “Crash,” which he wrote and directed, winning an Academy Award for both Best Picture and Best Original Screenplay.

His other impressive screenplays include “Flags of Our Fathers” and “Letters from Iwo Jima,” garnering Haggis another Oscar nomination.

He was also involved in the writing of “Casino Royale,” which was instrumental in breathing new life into the James Bond franchise and wrote, directed, and produced “In the Valley of Elah.”

Given his extraordinary excellence, expectations were high with regard to his latest film, “Third Person,” which he also wrote, produced, and directed.

But alas, into the most feted, a clinker must fall once in a while and, indeed, this film is that.

Disappointingly, what is on the screen are uneven narratives with huge missing plot points that even the most gifted Liam Neeson or Adrien Brody couldn’t overcome and their performances, for the most part, could be described as actors in search of a character.

Briefly, the first story, which takes place in Paris, revolves around Michael, a Pulitzer Prize-winning author played by Neeson.

He is in the City of Lights to write his next novel, his last few not reaching the literary heights of the first.

Michael’s love interest is somewhat of a psycho girlfriend played by Olivia Wilde, a budding journalist whose idea of a fun experience is running through a hotel bare-assed naked, much to the amusement of the security guards watching her on camera.

There’s also Kim Basinger in a cameo role as the suffering wife who, despite knowing about his affair, wants him to come back to New York after he finishes his latest book in which his girlfriend seems to play a big, but perhaps unwanted role, and maybe that’s his reason for keeping her close to his chest, literally and figuratively speaking.

The second story features Adrien Brody as Scott, a crafty thief who steals Italian designs for an American company.

He meets gypsy Monika in a bar, played by Moran Atias, whose character appears to have a dubious moral compass and clearly doesn’t wish to be bothered. There is no reason for Scott to pursue her and force his help on this elusive stranger.

But, despite her protestations, he gets himself involved in her life, meeting some very nasty people along the way.

Some of the action borders on ridiculous, as there is no logical reason for Brody’s character to embroil himself so deeply in her life, especially when he thinks she and the bad guys might have set up a scam with him up as a mark.

The third, and perhaps more plausible, is the sequence between James Franco (Rick) a successful artist who paints with his hands instead of a brush, and Julia (Mila Kunis), whose career as a soap star is on the skids and now she works as a cleaning lady in upscale hotels.

First she’s in Paris and now she’s working in a hotel in New York.  Yes, a bit confusing because we don’t know how she got there or why she goes postal and wrecks a room full of flowers.

Anyway, Rick has sole custody of their son and because she did something terrible to their son, she is not allowed to see him.

The most touching, authentic moment in the entire film is when Rick promises her something if she confesses that she did hurt their child, which a very emotional Kunis pulls off.

However, once she confesses, the promise is rescinded and Rick goes caveman.  Maria Bello as Julia’s attorney waging the battle for joint custody gives a creditable performance considering she didn’t have much to work with.

The technical aspects of the film, however, are spot on with the team consisting of Director of Photography Gian Filippo Corticelli; Production Designer Laurence Bennett; Music by Dario Marianelli, and Editor Jo Francis, who accomplished some nice cross cutting in trying to merge the action.

One could only hope that the extremely talented Haggis has something in the works that’s more in keeping with his very high standard of excellence.