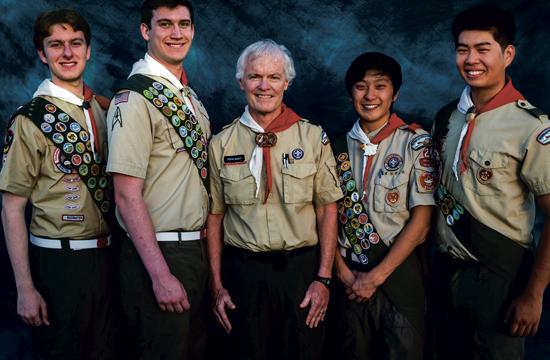 The Eagle rank, achieved by only two percent of Boy Scouts, is the highest rank in scouting and honors exemplary effort, leadership, and service.

Each of the scouts being honored led a major project to improve quality of life in the community.

Lappen built a turtle habitat for the City of Santa Monica Animal Shelter.

Pak made improvements to the Samohi Orchestra Room and Library.

Shi’s landscaping project at Grant Elementary School served to beautify the campus and educate students about caring for drought-resistant plants.