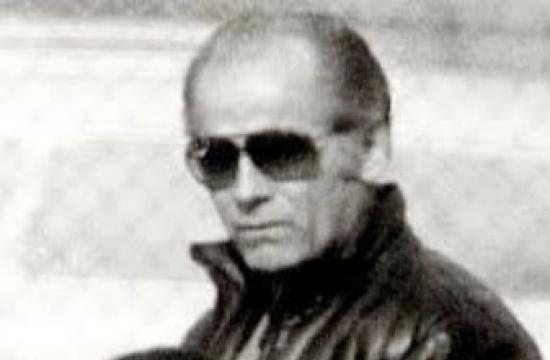 The movie “WHITEY: United States of America v. James J. Bulger” (currently in local release) opens with a media montage of “Whitey” Bulger’s 2011 capture in Santa Monica after 16-years on the run.

For residents of Santa Monica it means reliving the astonishing capture.

We could have been in their company without knowing it. My late friend, John Blanchette, in fact, lived buildings away from Bulger and girlfriend, Catherine Greig.

But wait, there’s more. Whitey has the all the makings of a stirring suspense film, from the opening shots that pull you right in. But the questions it raises linger long after it ends.

Award-winning filmmaker, Joe Berlinger and composer Wendy Blackstone earn the credit for the compelling look and feel of this CNN documentary about Whitey’s trial now playing in local theatres.

Turns out, who wouldn’t want to know about this powerful, good-looking guy “who got away?”

Was this former tough guy and gentleman Whitey what he claimed, “reformed because of his girlfriend,” and is that possible? Would he be able to prove that his initial escape came about because the FBI was his informant and not the other way around?

Whitey’s accusations rippled out to proven multi-faceted corruption in the local and state enforcement and legal systems. “Whitey” lays out a fascinating, elegant story of the complex relationships between this American mob scene and the U.S. judicial system by tracing James Whitey Bulger’s rise to dazzling long-standing reign over South Boston.

The organized crime system and the extensive web of characters are clearly explained with film footage, diagrams and interviews with informants and professionals in the enforcement and legal system. Well-versed journalists fill in the rest.

Allowed only photos, film and voiceover in the documentary, Berlinger’s Bulger comes across as collected, candid — appreciative of the ironies in his case.

“I’m the injured party,” he laughs at one point after his former partner Steve Flemmi testifies against him. “I never said a word about him.” Whitey, with his striking platinum hair, is the acknowledged “godfather,” whose brother was former President of the Massachusetts Senate, Billy Bulger (I also thought I misheard at first when Whitey’s right hand thug mentioned that his own two brothers went to Harvard).

And, indeed, Whitey is more concerned in the two-month 2013 racketeering trial about proving he was not a paid FBI informant than about clearing his name of the 32 felony counts, including 19 alleged murders.

Whitey is a “criminal with standards, a gangster with scruples.” He never “ratted” on anyone.

On the civilized side, Whitey paid people off whenever possible, earning him the name, “the Robin Hood mobster.” On the uncivilized side, when they were a threat he killed them.

South Boston, tough, mob-run, “Southy,” becomes a movie character in and of itself.

The relatives of the gang victims, out for retribution, open and close the film. To them the case is clear.

Still, “Memory is a political act” is the line I like best. I wondered after seeing the film, did we really have something to fear as a Santa Monica neighbor of this “old man” these past 16 years? I would have to, in the end, answer, “yes, we would.”

For more information about the movie, visit www.magpictures.com/whitey.