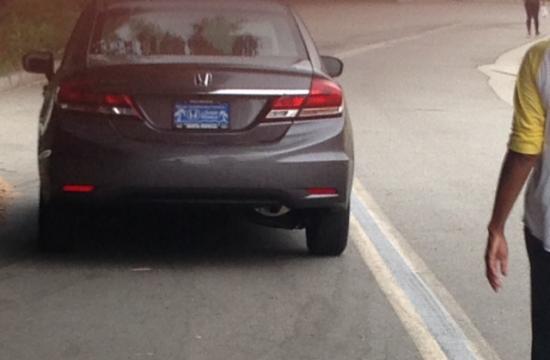 Police asked for the public’s help today in finding a man in his 20s wanted for indecent exposure in Culver City Park.

Twice in the past week, people reported a man in a gray 2013 or 2014 Honda Civic exposing himself at or near the Baldwin Hills Scenic Overlook, which is in the central part of the park, police said.

The suspect is described as a male, Hispanic or African American, 18-25 years of age, with a thin build, possibly with a shaved head or bald.

The suspect was seen driving a grey, either 2013 or 2014, Honda Civic with blue Santa Monica Honda paper license plates (see photo above).